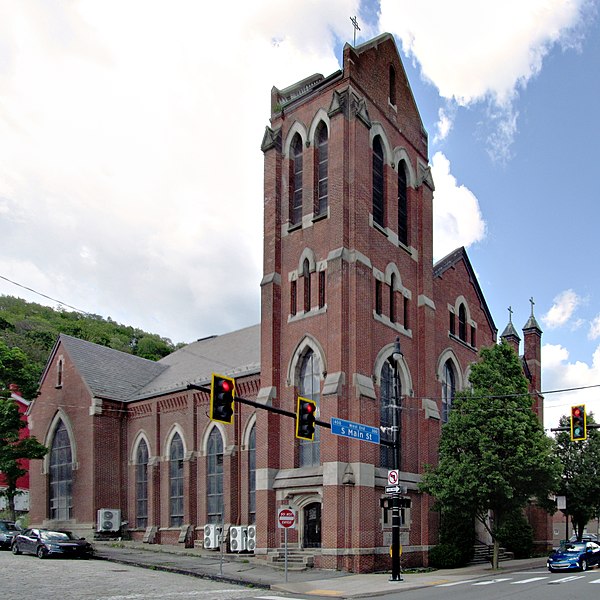 St. James Church was a Catholic parish that closed in 2004. For a while, when the West End was unsuccessfully vying with Lawrenceville to become the next artsy-trendy neighborhood, the building was an art gallery; then, in 2015, it reopened as “St. James Roman Catholic Church.” The slightly ostentatious adoption of the title “Roman Catholic” might suggest to the initiated that this is not a church in the Catholic Diocese of Pittsburgh. It belongs to a congregation of the Society of St. Pius X, the followers of Archbishop Lefebvre, who repudiate Vatican II and all its works and all its pomps.

The building was put up in 1884 for a congregation founded thirty years earlier; old Pa Pitt has not been able to determine who the architect was. (The name is not mentioned in the centennial book the congregation published in 1954.) Neighbors in the West End are delighted to have the church building well taken care of. 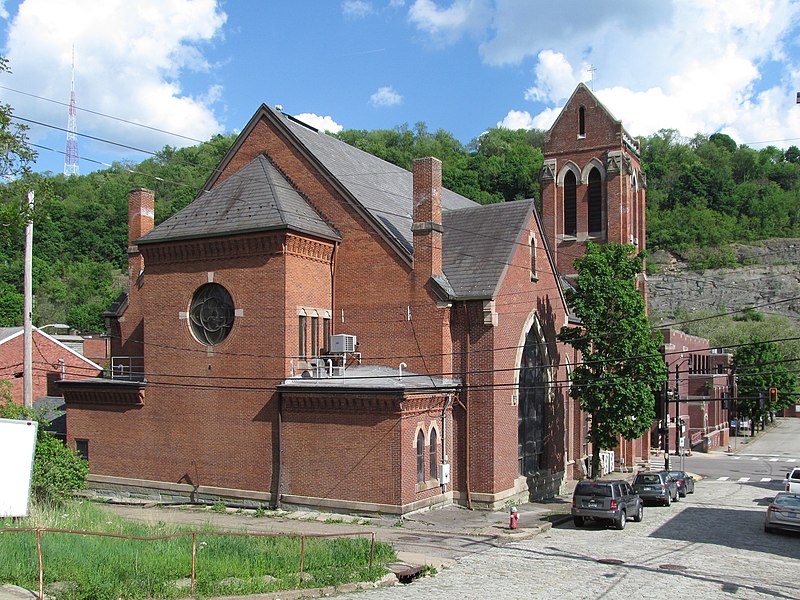