This cover design “from a beautiful, dignified and readable booklet designed by Arthur C. Gruver, Pittsburgh,” was picked out by a printing trade journal as an outstanding example of design in 1919. It appears to show the original ground-floor front of the Romanesque Liberty Building on Penn Avenue.

East Liberty was down on its luck at the end of the twentieth century, but this row was still filled. The buildings have not changed much since then, fortunately, since this is one of the better Art Deco streetscapes in Pittsburgh, which never really embraced Art Deco as much as many other cities did. Surprisingly enough, Sam’s (no longer Bostonian) Shoes is still here; the terra-cotta tiles have disappeared from the front of that building. Its neighbor Anthon’s is also still in business. Most of the rest of the businesses in the row have changed, but the buildings are still there, and since East Liberty is a trendy neighborhood now, they have a good chance of preservation.

This picture was taken in 1999 with a Smena 8M, a plastic Russian all-manual 35-millimeter camera that was cheaply made but surprisingly capable.

From a movie trade magazine of 1915 we take this interesting article about the newly opened Regent in East Liberty, now the Kelly Strayhorn Theater. Click on the image for a much larger version.

“The foyer is decorated in the Adams period” probably means in the Adam style—that is, the neoclassical style made popular by the Adam brothers in the 1700s and undergoing a revival in the early twentieth century.

The picture below shows how the theater looks today: stripped of its projecting awning, but otherwise very much the same. 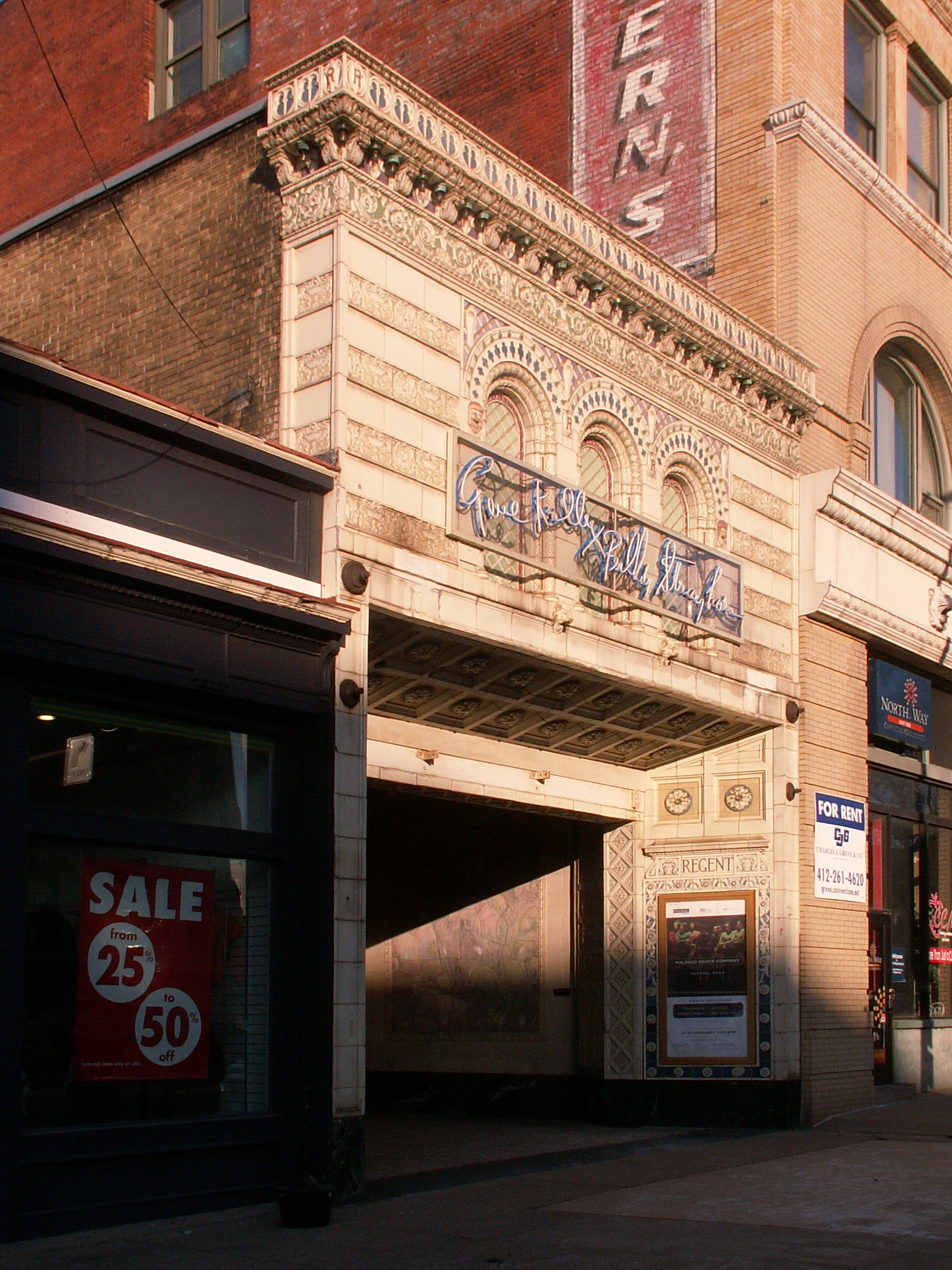 Originally the East Liberty Market, this grand structure was designed by Peabody & Stearns, architects of the Joseph Horne department store downtown and the iconic Custom House Tower in Boston.