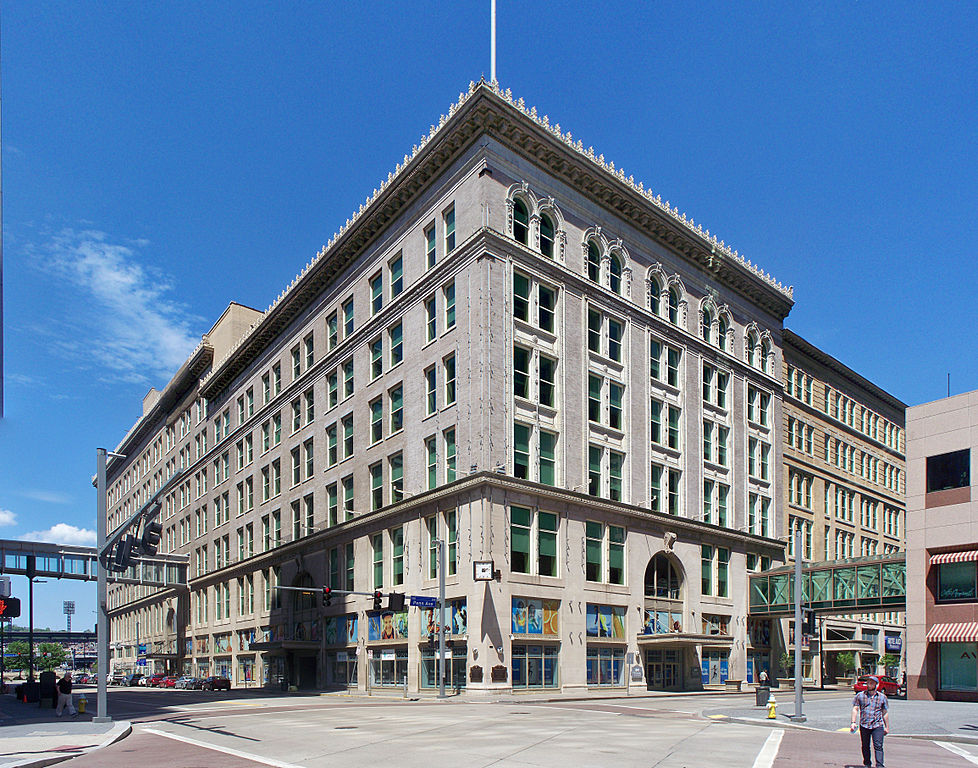 The Joseph Horne Department Store was Pittsburgh’s second-biggest (after Kaufmann’s, “The Big Store,” now Macy’s). The original 1897 building was designed by Boston architects Peabody & Stearns, also responsible for the Liberty Market (now Motor Square Garden) in East Liberty; additions over the next few decades greatly expanded the store. It was still going strong in the 1980s, when it was connected by a pedestrian bridge to the new Fifth Avenue Place shopping arcade; but the Horne’s chain was sold to Lazarus, which closed this store after it built a new store on Fifth Avenue, and then closed the new store down a few years later.

The building still stands, though, and you can see on the corner the brackets that hold the famous Horne’s Christmas tree, an enduring holiday tradition that has survived the demise of two department-store chains.