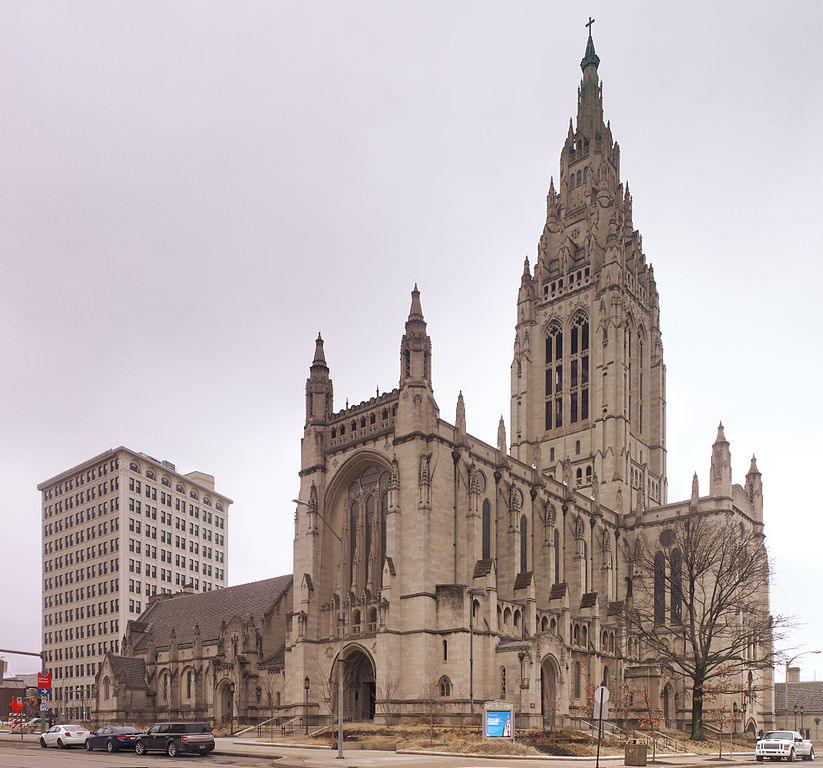 Franklin Toker suggests that, per square foot, this is the most expensive church ever built in America. It was built with Mellon money, so it is sometimes called the Mellon Fire Escape by locals who see it as an atonement for the sins inevitable on the way to becoming the richest family in America; but the congregation prefers the nickname “Cathedral of Hope.” The architect was Ralph Adams Cram, who could easily be called America’s greatest Gothic architect, and the Mellons gave him free rein and an unlimited budget. The result was Cram’s ultimate fantasy Gothic cathedral, whose massive central tower dominates the skyline of the neighborhood. To the left, in the distance, we see the Highland Building.