The Art Deco terminal was built in 1931 to a design by Stanley Roush, with additions in 1936 by Henry Hornbostel. At that time this was the largest airport in the world.

Because a new airport opened in the western suburbs right after the Second World War, this is one of the few nearly unchanged prewar airport terminals in the world, and it has played in period-piece movies. 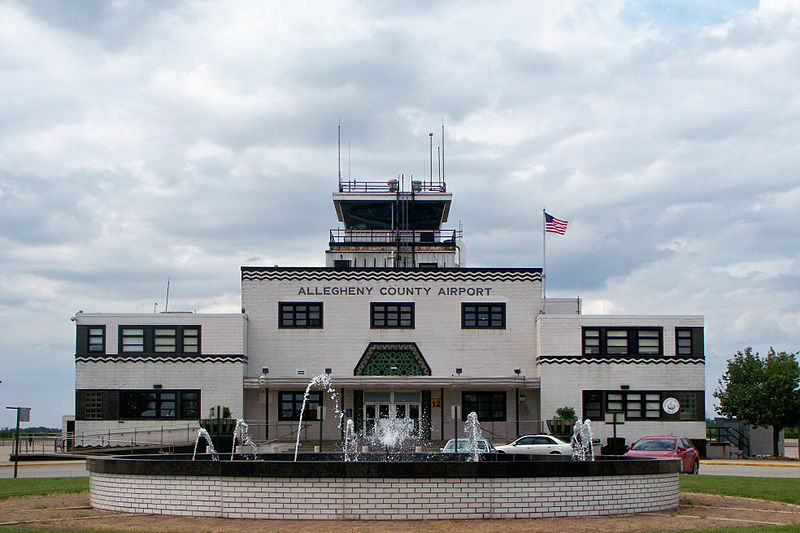