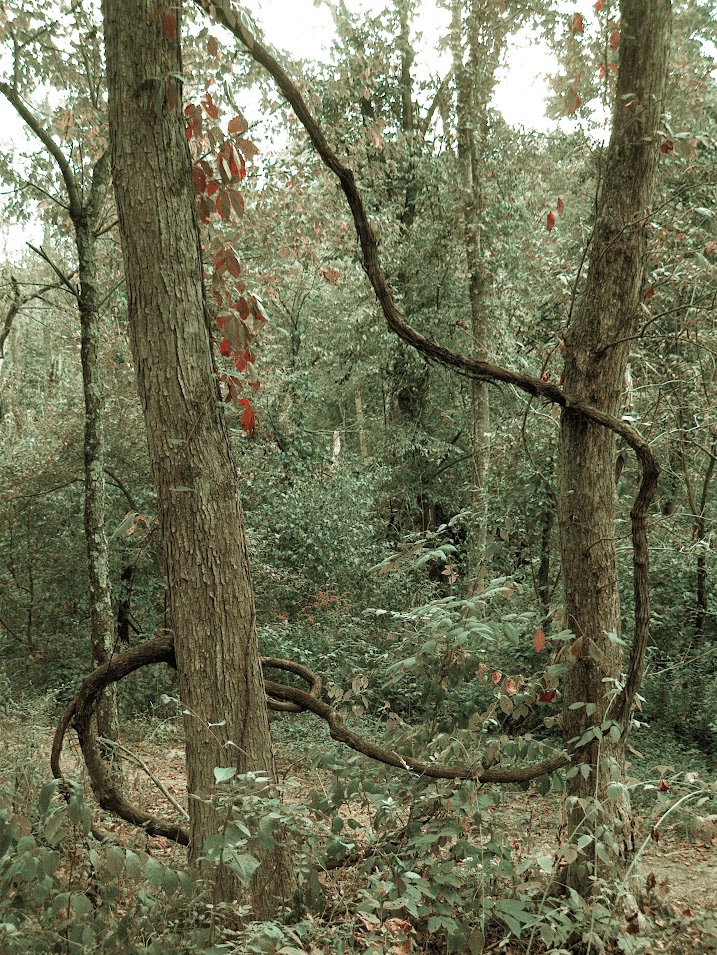 The Pittsburgh Botanic Garden is still in its early stages, but it already has a definite personality. Its emphasis is on native plants and local environments, and rather than planting an ideal landscape, it has mostly taken the landscape that was there and added a few interesting plants. This enthusiastic vine was a sight that struck Father Pitt along one of the trails.

Once again, Father Pitt brings you a picture in imitation two-strip Technicolor, because it seemed to emphasize the striking shape of the vine.