Now the home of St. John of God Parish, this is a splendid Gothic church that many another Catholic diocese would be proud to have for its cathedral. The fact that there are literally dozens of churches equally splendid in Pittsburgh and its surroundings is something Pittsburghers simply accept, but it absolutely astonishes outsiders. This one took four years to build; it opened in 1905. The architect was Akron-based William P. Ginther.

Here we see the main entrance and the top end of the improvised wooden wheelchair ramp, which looks like a Kennywood ride—perfectly safe but rather exciting.

This was originally the German parish in this part of McKees Rocks. Above we see it from the parish cemetery, which is on a hilltop overlooking McKees Rocks in Kennedy Township. 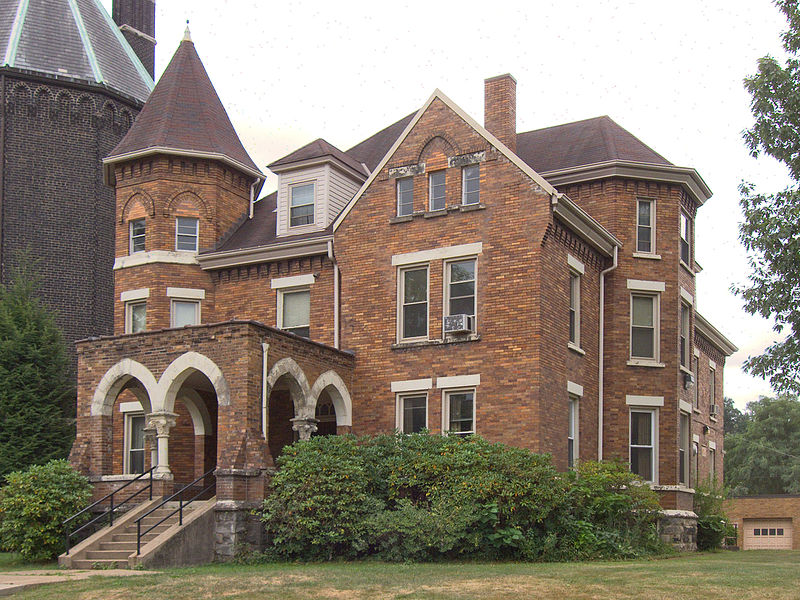 Father Pitt does not know the original purpose of the building that is now the Xavier Personal Care Home. It looks like a work from the 1920s or 1930s, executed in the storybook fantasy Gothic that was popular then. Was it a convent for the sisters who taught at the parish school? Perhaps a parishioner will enlighten us. (Update: Note the comment from Shelley below, for which old Pa Pitt is very grateful, confirming that this was where the sisters lived.) 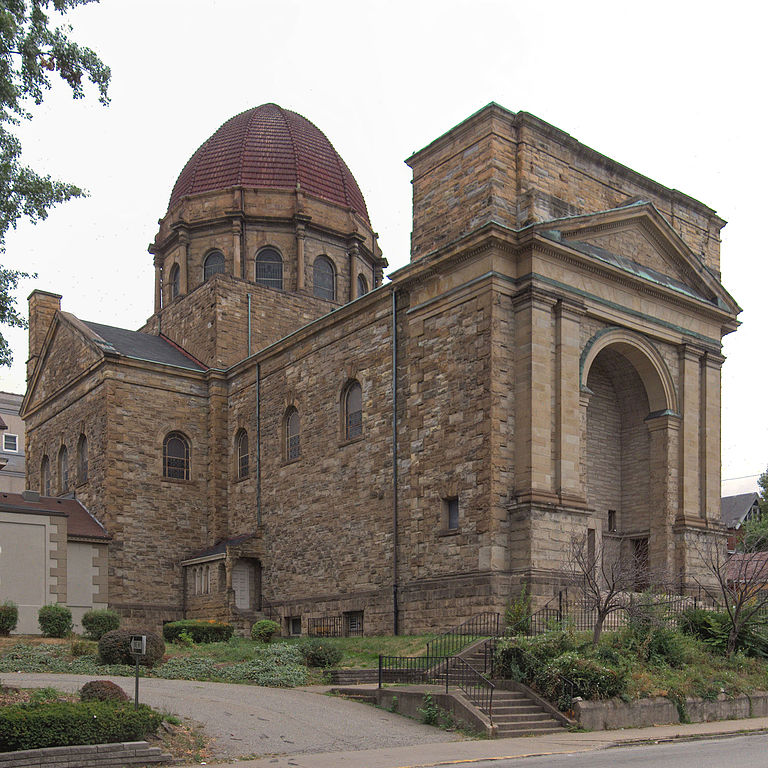 This church was closed in 1993, and the building was sold after that; but right now it appears to be abandoned.  It is a tragedy to abandon such a magnificent building, especially since this Renaissance style is very rare in churches around here. But McKees Rocks had half a dozen Catholic parishes in a very small space, and more than one magnificent building among them. The parish was merged into St. John of God Parish, which worships at St. Mary’s a couple of blocks away—also a magnificent church, and one that we are happy to see still going.

The building was opened in 1900. Father Pitt does not know the architect, and would be happy to be enlightened. It has a curious dearth of windows, perhaps to emphasize the light pouring in from the dome. Mid-nineteenth-century Catholic churches in Pittsburgh sometimes avoided windows on the ground floor because the Know-Nothings would invariably smash them, but 1900 seems far too late for fear of such Know-Nothing activity in Pittsburgh. 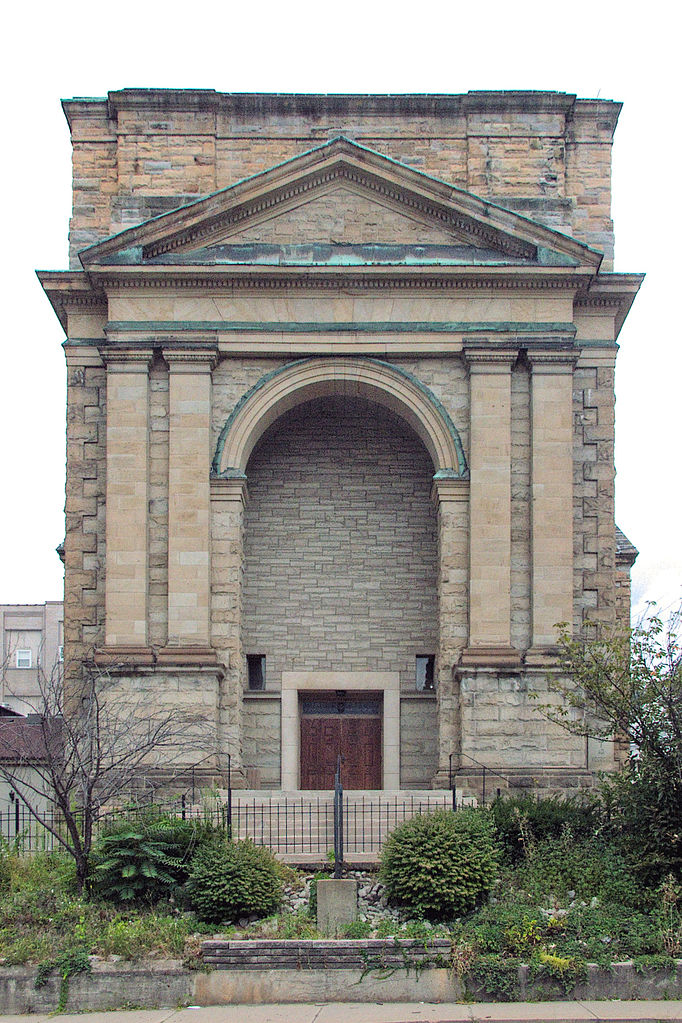