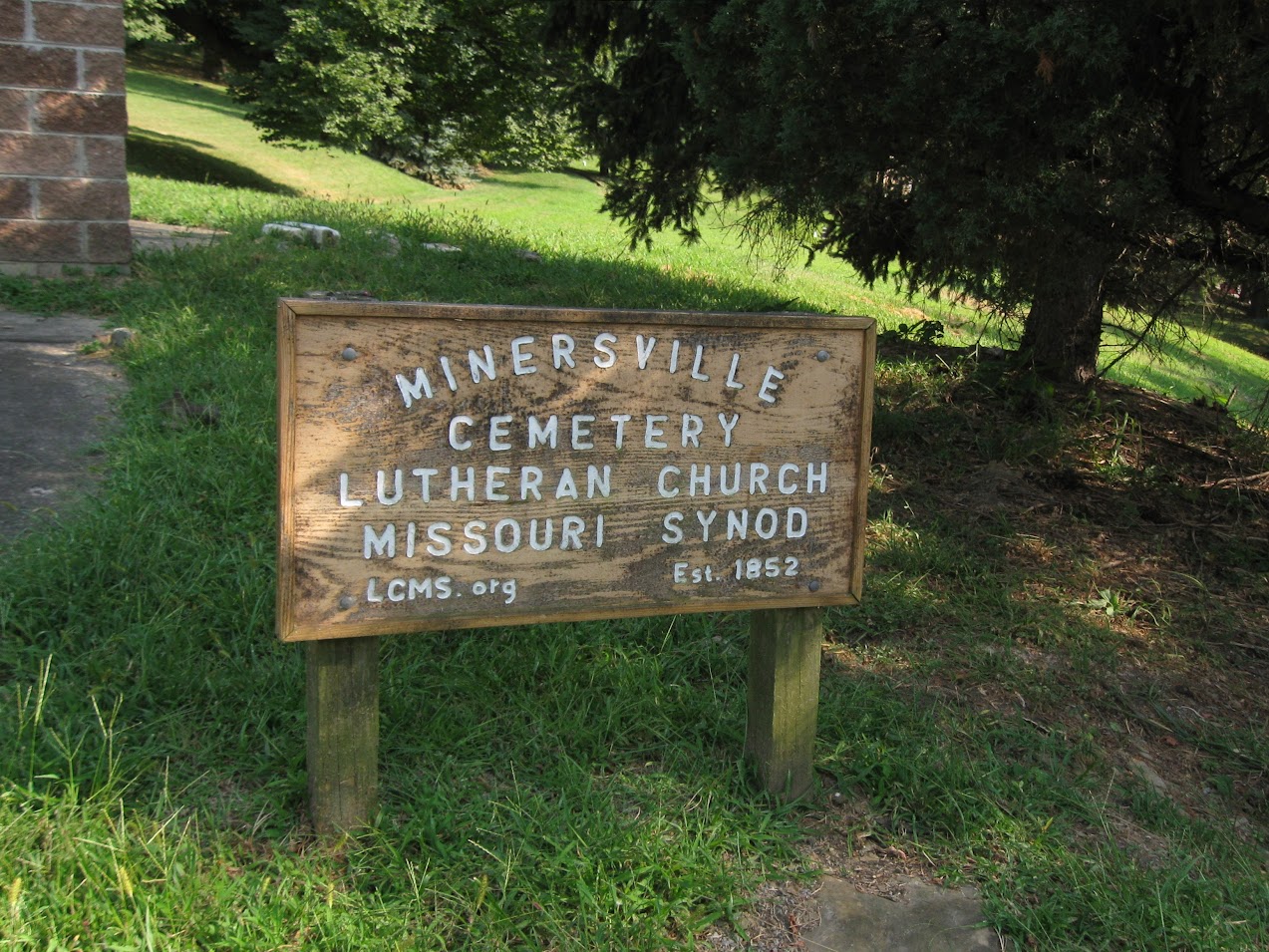 Father Pitt wrote this article for the Pittsburgh Cemeteries site, but he thought his readers here might be interested as well.

For literally decades it has been a small local scandal: the once-beautiful Minersville Cemetery, a German Lutheran burying ground in the Hill District, was overgrown with weeds and vandalized, and no one would step forward to take care of it.

Now, at last, a group of Lutheran volunteers has taken on the cemetery. With the help of a bit of money from the cemetery’s upkeep fund and some more from Pittsburgh Area Lutheran Ministries, they have cleared the weeds, righted as many of the monuments as possible, and built a fine new iron gate to keep contractors with pickups from driving in to dump their garbage. (Pedestrians without garbage are still welcome.) The cemetery is beautiful again, an oasis of quiet repose in the middle of Herron Hill. 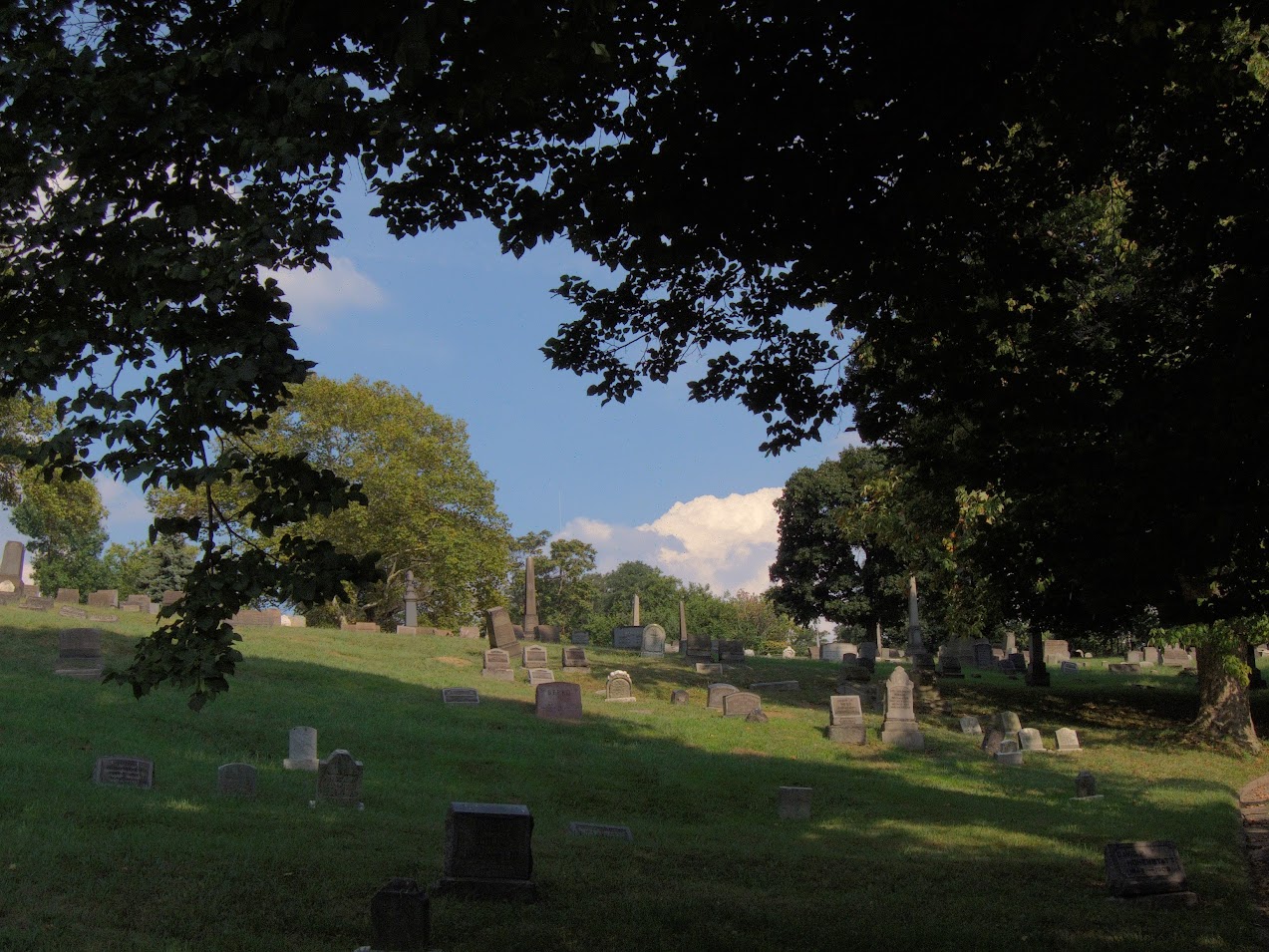 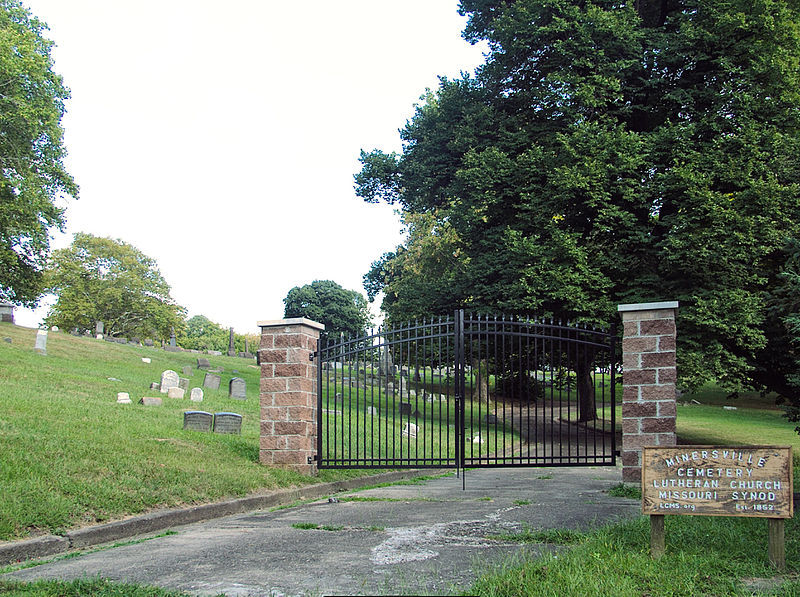 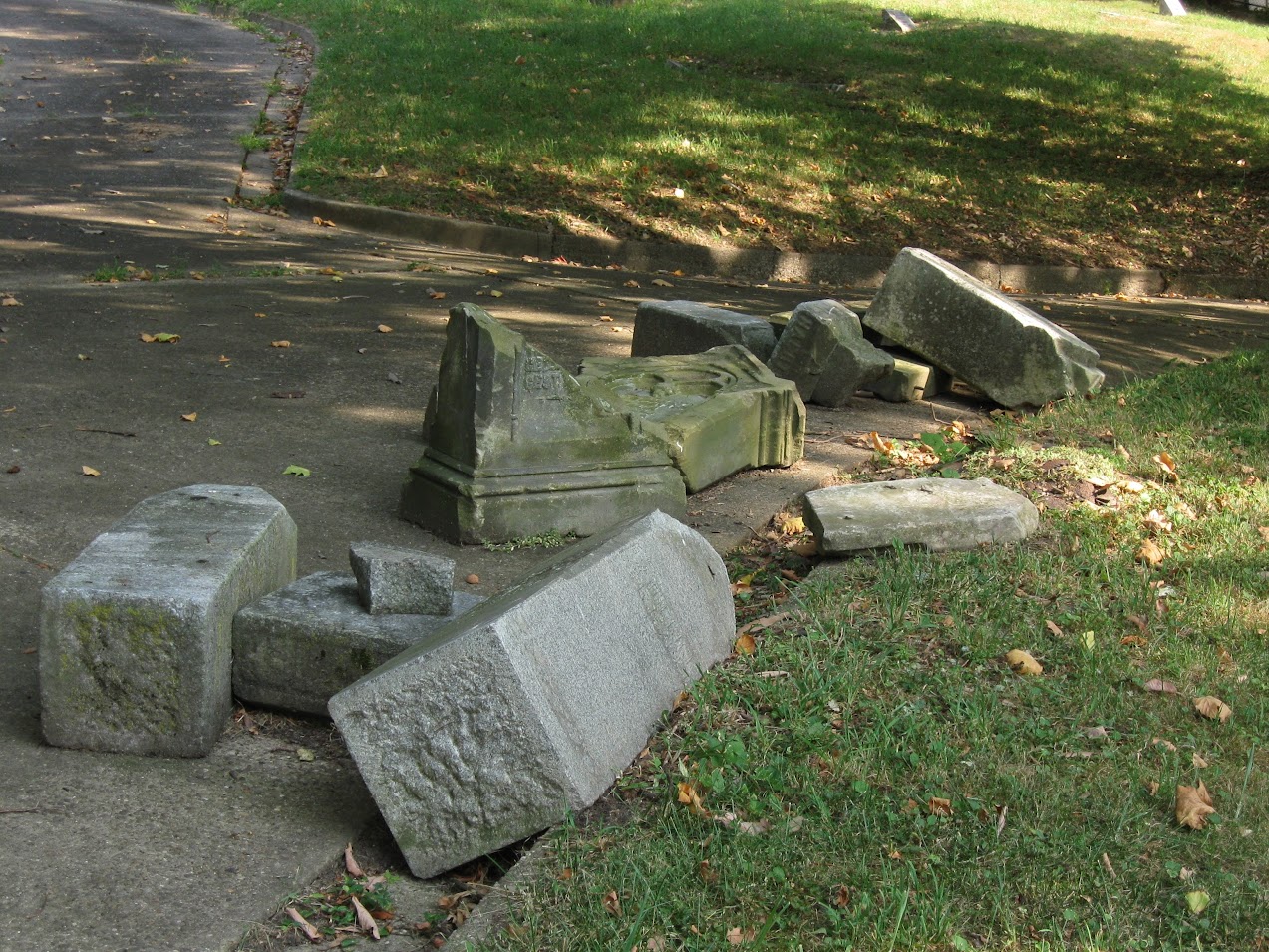 Some work still to be done: toppled and broken monuments gathered on one of the cemetery drives.

In 1941, this addition with interesting Art Deco panels was grafted on the otherwise classical Letsche Elementary School in the Hill District. The school is now the Pittsburgh Student Achievement Center, a school for students who do not thrive in more traditional schools.

This old church seems to be vacant right now. It has been home to other congregations over the past decades; but a hundred years ago, when the Hill was a lively melting-pot of every race and creed, it was a Greek Orthodox church. The architecture is interesting: Father Pitt is not enough of an expert on Greek churches to make a definitive pronouncement, but it looks as though the church was built by local builders familiar with generic Protestant churches. The details—round arches, onion dome, and perhaps the stepped façade—are Eastern, but the shape, with its peaked roof and entrance through a central tower, is the shape of small Protestant churches everywhere.

Now the home of the Energy Innovation Center, this grand old school on the brow of the Hill taught useful skills to generations of students. The architect was Edward B. Lee, who was a favorite school designer around here.

This massive slab on the Lower Hill, built in 1964, was designed by I. M. Pei—one of his earlier large works. It was meant as a typically idealistic International-style city-in-a-tower, with shops on the ground floor, recreational opportunities for the residents, and basically no reason ever to leave the premises. Pei might not be too happy about the recent renovations: the interior has been redesigned, and the stark white color has been changed to greyish industrial brown, which is all right if you like that sort of thing.

Old Pa Pitt must admit that he has never been a great fan of Pei’s work, but the architectural world at large loves him: his firm designed the John Hancock Tower in Boston, a building most famous for the multiple ways it has attempted to kill innocent Bostonians, but also one given multiple awards by the architecture industry. “Form follows function” is apparently not what architects really believe.