This splendid church was designed by Bellevue’s own Leo A. McMullen, an architect and organist who is almost forgotten today, but whose works were highly regarded in his time. The American Institute of Architects counted him as one of “six architects who shaped Pittsburgh,” according to his obituary in 1963. 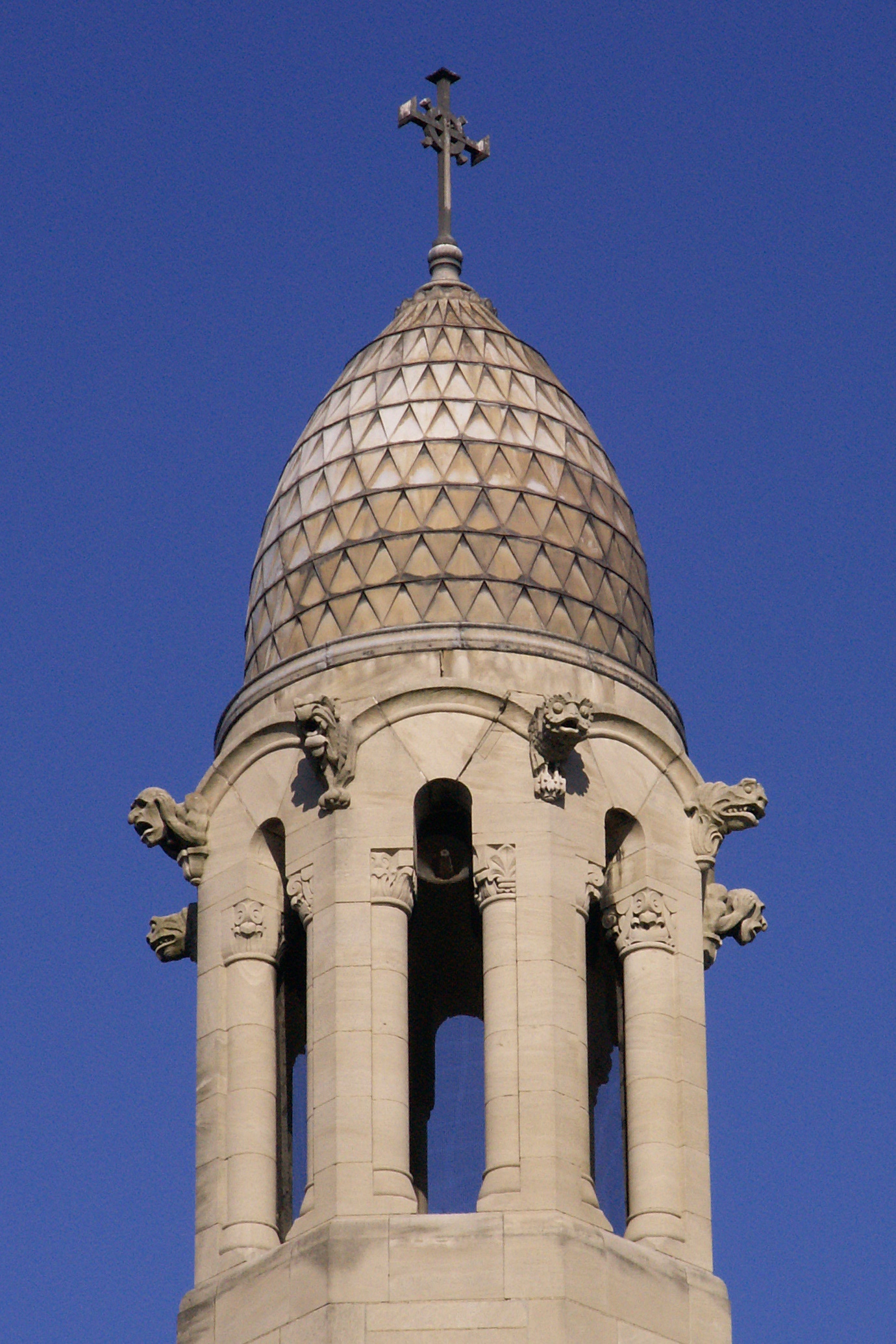 The four evangelists—Mark, Matthew, John, and Luke, in that order—are lined up on the façade, each holding open a book that displays the first words of his Gospel.