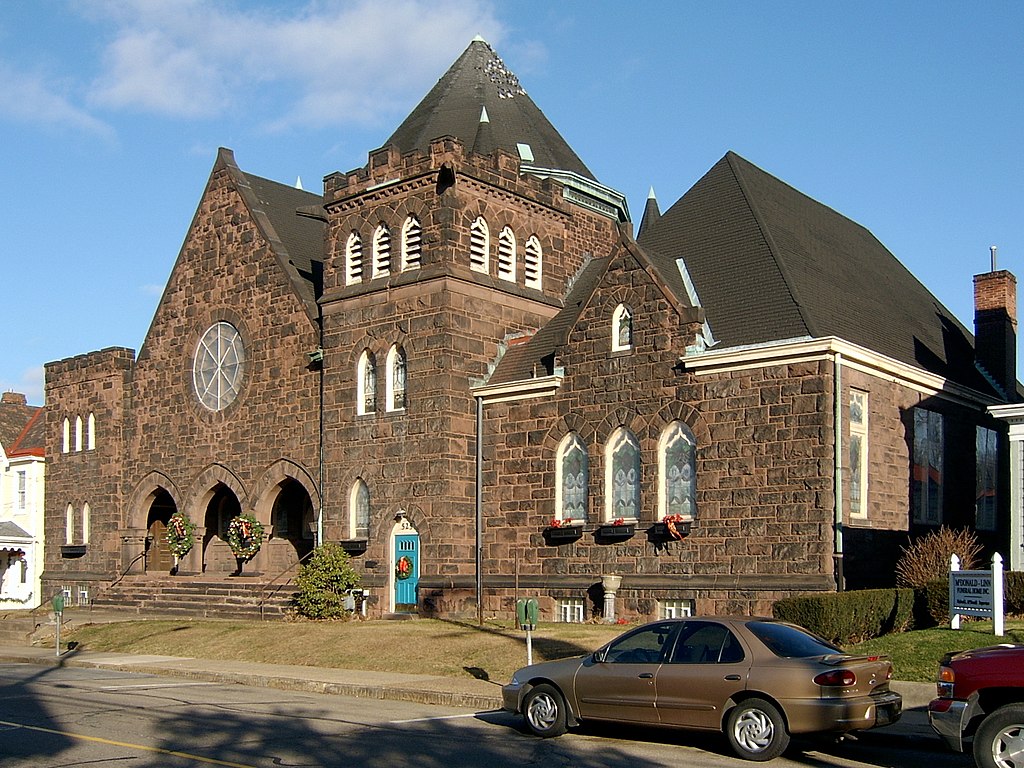 This splendid building was put up in about 1906. It has not been used as a church for about a quarter-century, but it is still kept scrupulously beautiful by the current owners. Compare Father Pitt’s photograph above with the old postcard below, printed when the church was very new (to judge by the utter lack of bushes or other landscaping).

The style is interesting: old Pa Pitt might almost call it Richardsonian Gothic. It has the heaviness of the Romanesque style that Richardson was famous for, but with pointed arches—only just barely pointed, however, as if they are a little embarrassed about being caught in their Gothicness.