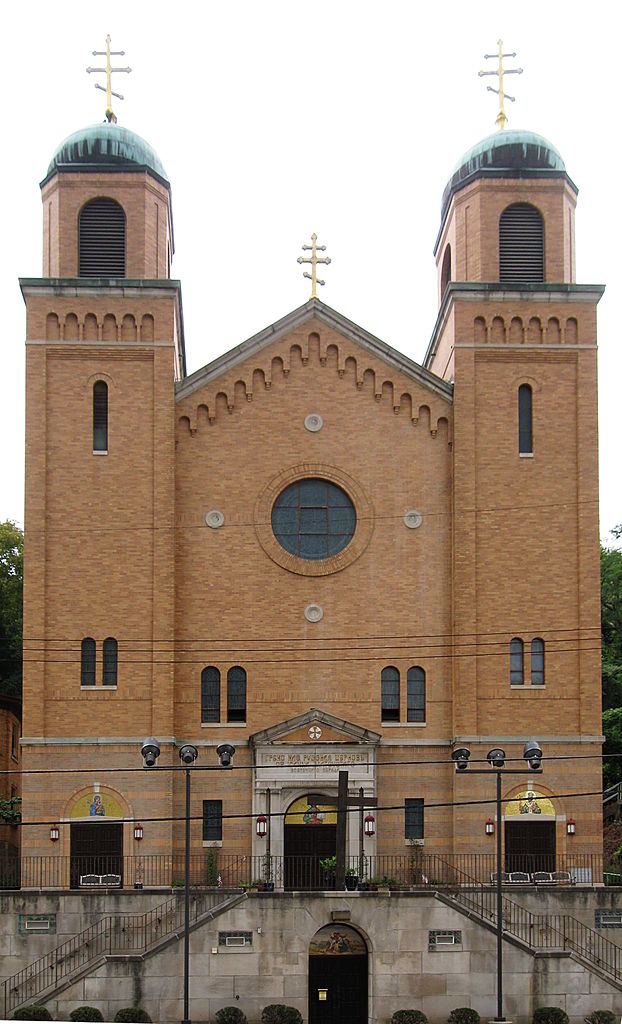 To most Pittsburghers, this is best known as That Church You See from the Parkway. Unless you are very well versed in Pittsburgh lore, you do not know how to get to it. It is in the Four Mile Run neighborhood, which on city planning maps is part of Greenfield, but in fact exists in an alternate dimension. There is only one way in or out for motor vehicles: Saline Street, which begins at Greenfield Avenue and Second Avenue along the Monongahela, and then instantly disappears into a hollow. (Pedestrians have the choice of a rather bracing climb up the stairs to Greenfield, and bicyclists can ride in from the trails in Schenley Park.)

The neighborhood was settled by Carpatho-Rusyn immigrants, one of those nationalities without a nation in which Europe abounds. The whole hollow is dominated by the Parkway viaduct, and indeed much of the neighborhood is directly under the Parkway.

In addition to its visibility from the Parkway, this church is also famous for having been Andy Warhol’s home parish when he was growing up. Warhol remained a Byzantine Catholic to the end of his life, and a very devout one in his own peculiar way. 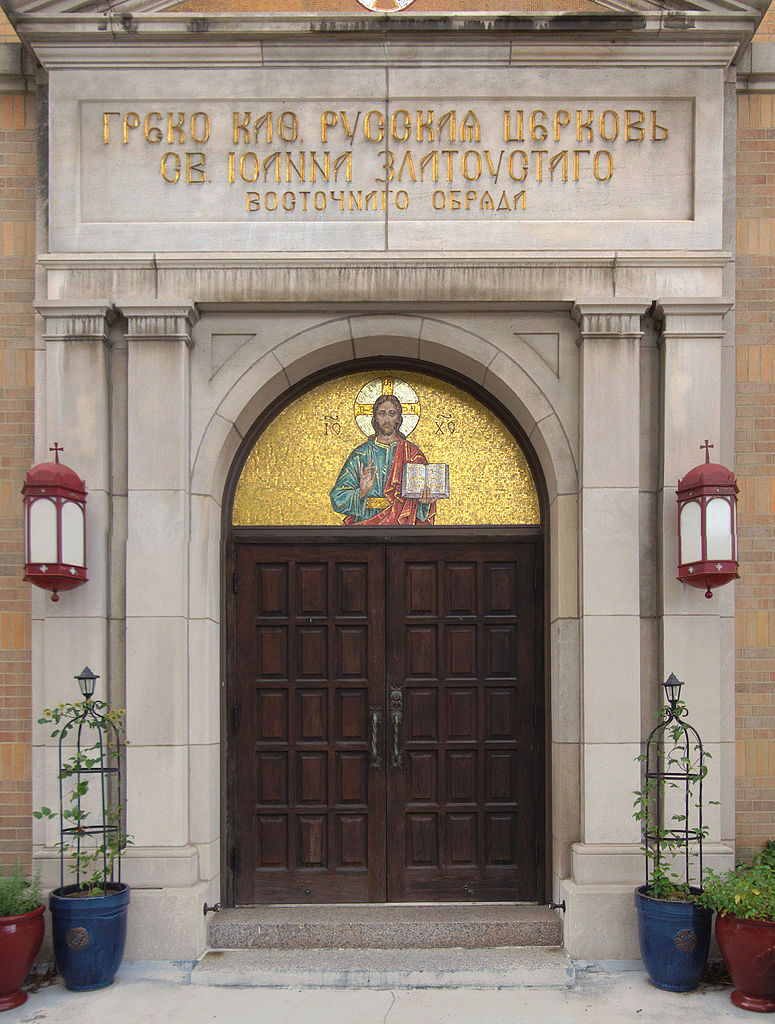