The whole of Uptown, the central business district of Mount Lebanon, was included last year in a new Mount Lebanon Historic District on the National Register of Historic Places. The district was designated as an outstanding example of an early automobile suburb of the 1920s, but the automobile was only half the story. Until the middle 1980s, streetcars ran down the middle of Washington Road; now they run under part of Mount Lebanon in a subway tunnel, emerging behind the business district with stairway and elevator access to the middle of everything. The ideal automobile suburb is one in which an automobile is not a necessity.

Camera: Canon PowerShot S45. The streetscape above and the picture of the Rosalia building are composites. 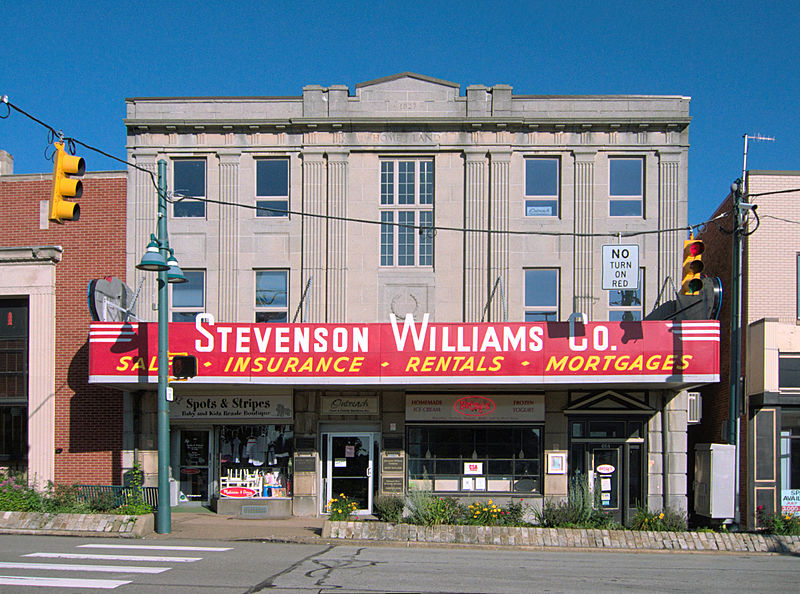 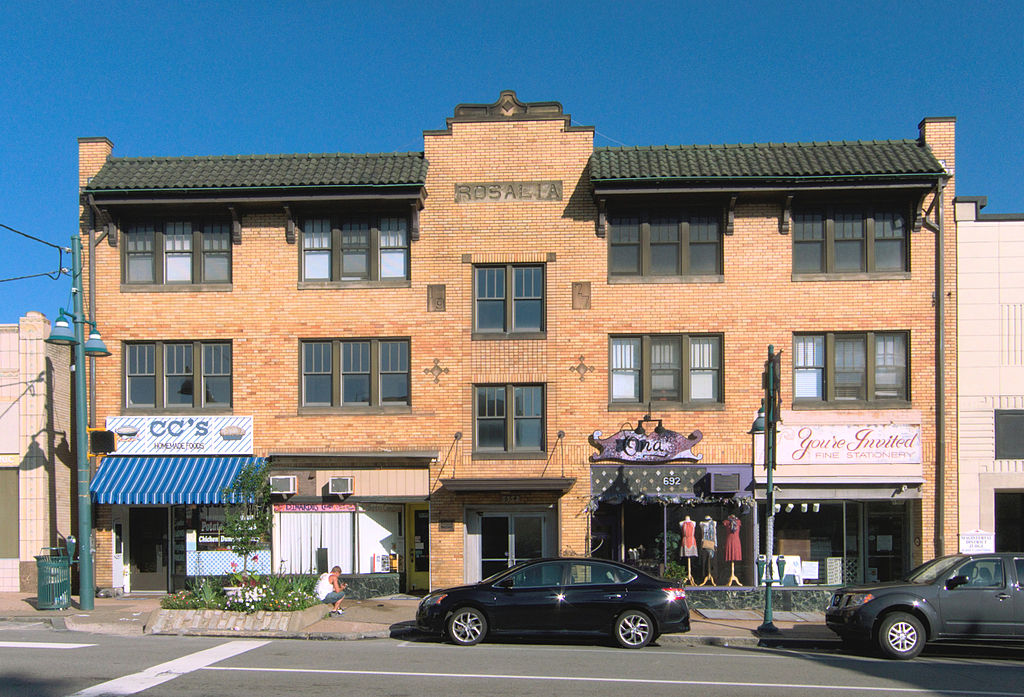