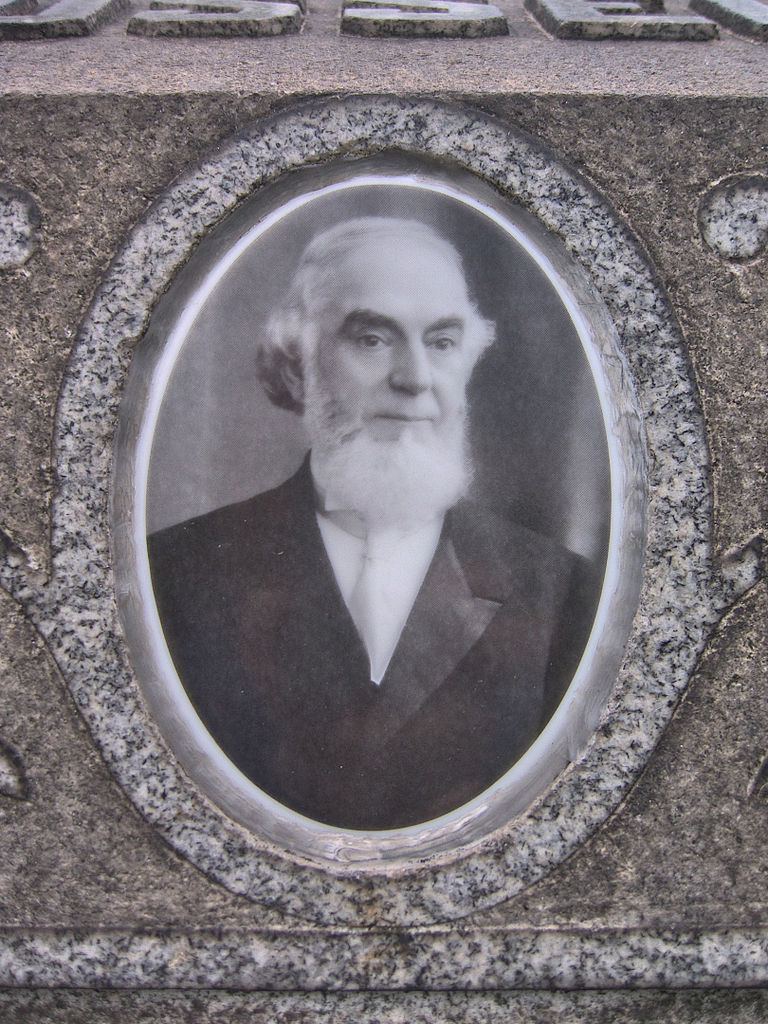 Father Pitt has just published this article on his Pittsburgh Cemeteries site, but he thought it might also be of interest to students of local history in general.

“Pastor Russell,” as his followers called him, founded the Watch Tower Bible and Tract Society and the International Bible Students Association, the organization that—after various schisms and defections—came to be known as Jehovah’s Witnesses. He was born in Allegheny (now the North Side), and when he died he was buried in what is now (after a number of changes of ownership) the Rosemont, Mt. Hope, & Evergreen United Cemeteries in Ross Township.

His fairly modest grave monument includes a photograph of Pastor Russell, lovingly preserved (and perhaps replaced more than once over the years). 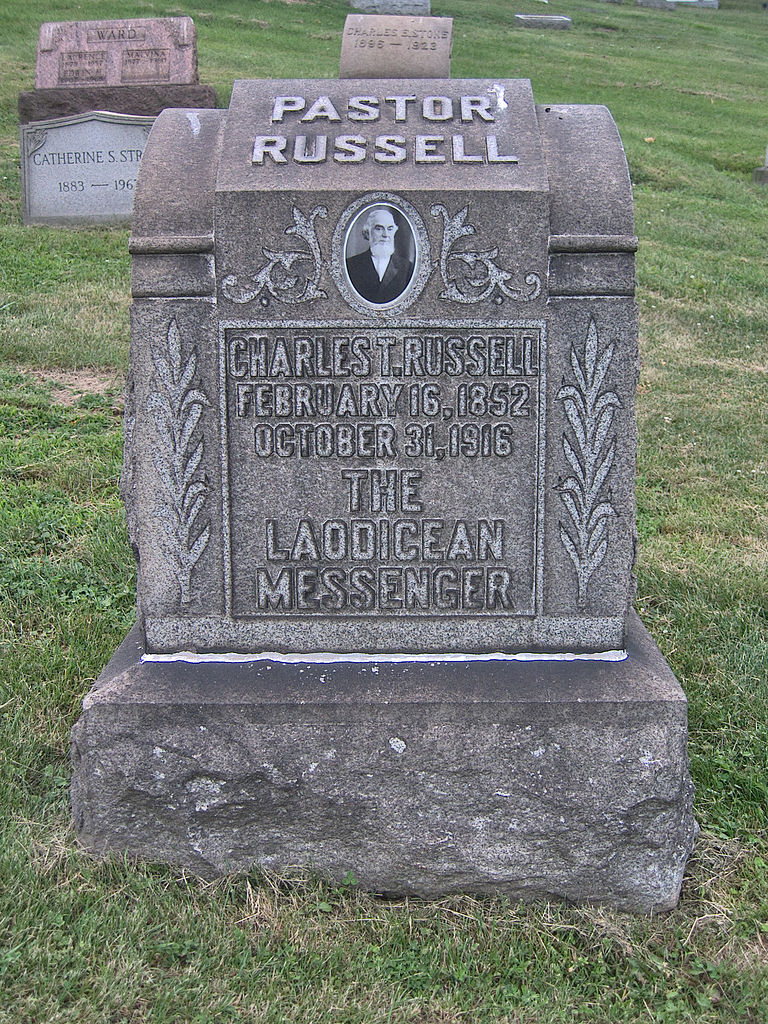 Note the inscription identifying Pastor Russell as the Laodicean Messenger, or “the angel of the church of the Laodiceans,” as the King James Bible translates it (Revelation 3:14). Russell’s followers believed that he himself was that angel or messenger.

Russell died in 1916. In 1921, some of his followers erected a showier monument in the form of a pyramid. One of Russell’s odd beliefs was that the Great Pyramid in Egypt was designed by God himself as a prophecy in stone. Like most such prophecies, it was meant to be uninterpretable until the correct clever interpreter came along—in this case, Pastor Russell. 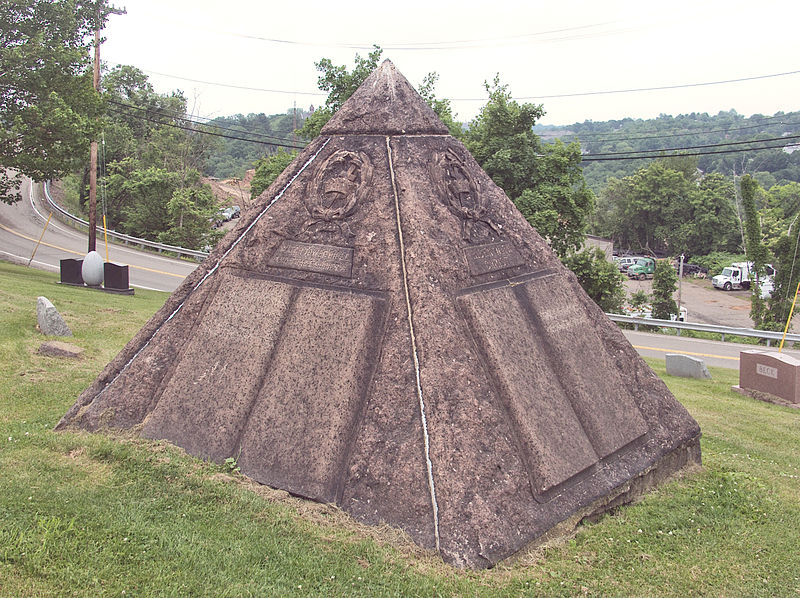 This is actually one of the few cemetery pyramids in the Pittsburgh area whose proportions are Egyptian rather than classical Roman. It is meant to have the same proportions as the Great Pyramid, and in particular the capstone is carefully proportioned to match the Great Pyramid’s capstone, which in Pastor Russell’s interpretation represents the Christ. 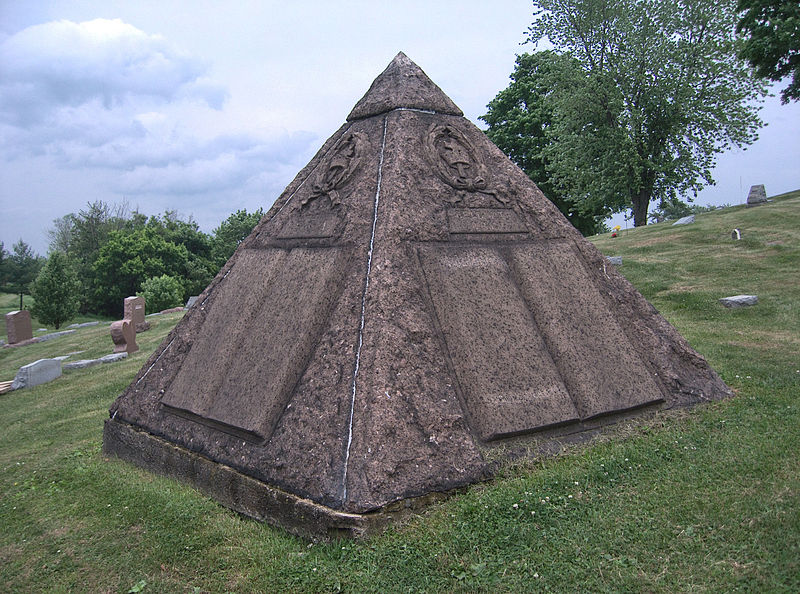 The pyramid was meant as a marker not only for Russell, but for a number of other members of the Watch Tower Bible and Tract Society, who owned this plot in the cemetery. A few names are inscribed in the open Bibles on the four sides of the pyramid, but most of the blank space was never used. It seems that the separate ownership of this plot has been preserved through the various changes of ownership the rest of the cemetery has gone through.