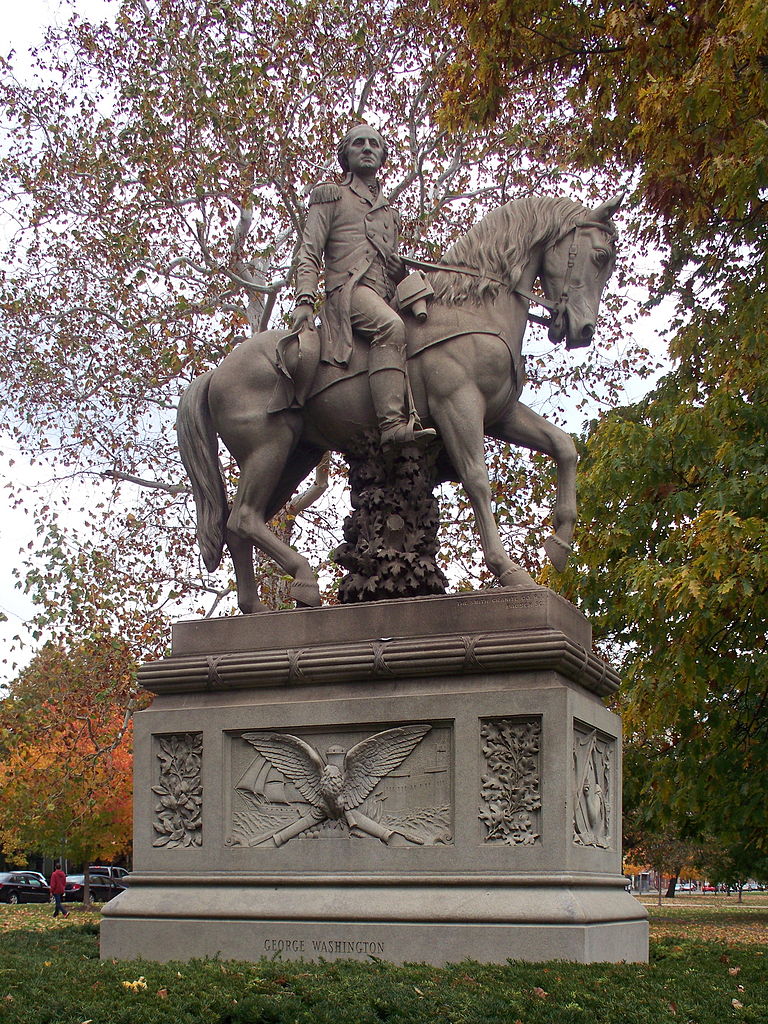 Sculptor Edward Ludwig Albert Pausch designed this equestrian statue, which was unveiled to great fanfare in 1891. It depicts young Colonel Washington, aged 23, as he appeared when he visited the future site of Pittsburgh and nearly drowned himself in the Allegheny. This is apparently known as Pausch’s masterpiece. 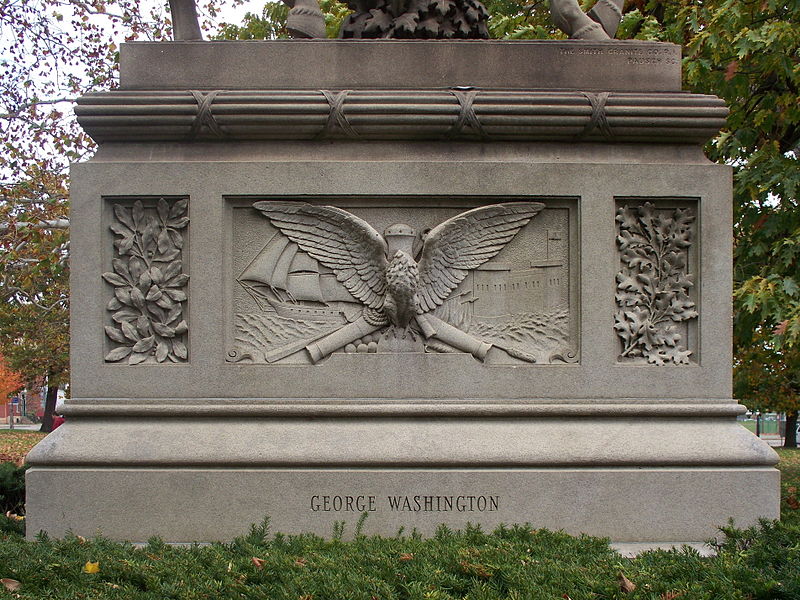 If you enlarge the photo above, you will notice that, at the upper right, the name of the Smith Granite Company comes before the sculptor’s name in the signature. 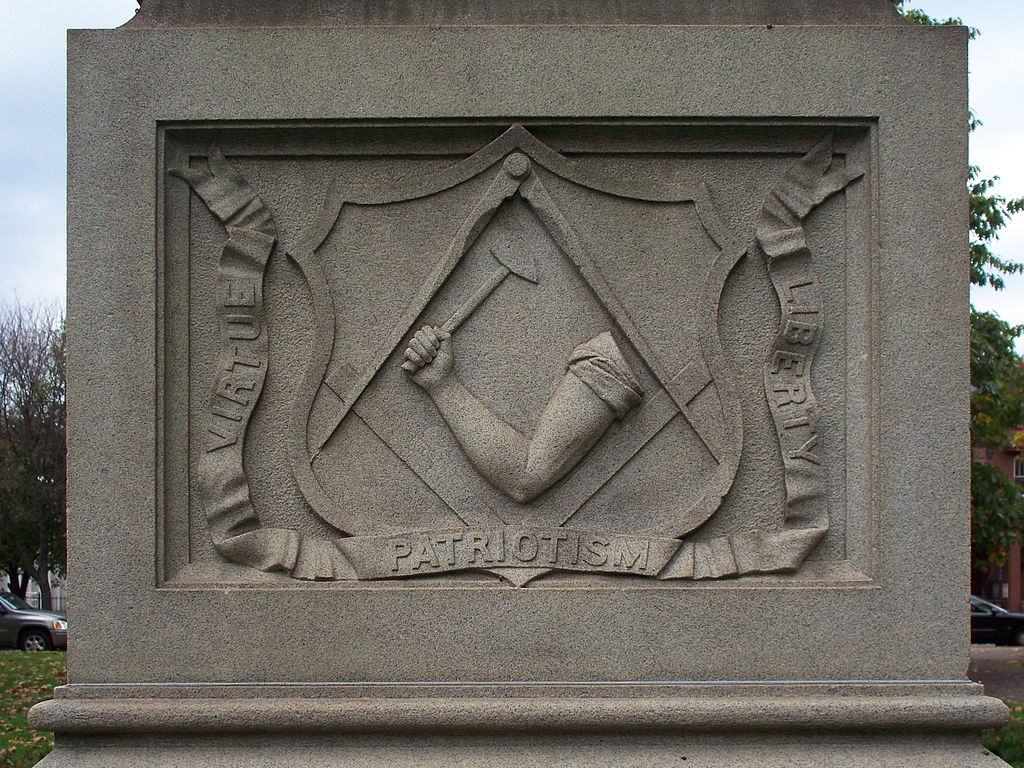 The monument was commissioned by the Junior Order of the United American Mechanics.