Like many streams in the city, Saw Mill Run is full of debris. But it is very interesting debris. If you enlarge the picture, you can see bricks of multiple types, bits of glass, broken plates, and other evidence of the long-vanished village of Shalerville. For the urban archaeologist, Seldom Seen is a rich treasury.

One never knows what may turn up at an old homesite. The Seldom Seen Greenway on the border of Beechview and Mount Washington is forest now, with Saw Mill Run gushing merrily through it. But Seldom Seen was a little village of its own once, and the old homesites are full of broken plates and bottles and other items of intense archaeological interest. Here is a plate from the Hotel Henry, once a grand hotel on Fifth Avenue, but torn down in the 1950s to make way for a modernist skyscraper. Was it bought or stolen from the hotel? We’ll never know.

The Historic Pittsburgh site has a good picture of the Hotel Henry as it appeared in about 1900.

Do you need a copy of the hotel’s logo in scalable form? Probably not, but old Pa Pitt has reconstructed it for you anyway:

Emerald View Park is a catch-all name for a string of parks ringing Mount Washington. In the section off Greenleaf Street are many remnants of at least one old house and some other constructions. Since old plat maps show nothing precisely here, this may have been dumped debris from a demolition nearby. Now the forest is taking over, but sections of brick wall and tile floor make surreal additions to the woodland scene.

A long-abandoned homesite in the Kane Woods Nature Area in Scott Township. You can recognize it by the ornamental plantings now run wild—or, if not, the crumbling steps are a dead giveaway. 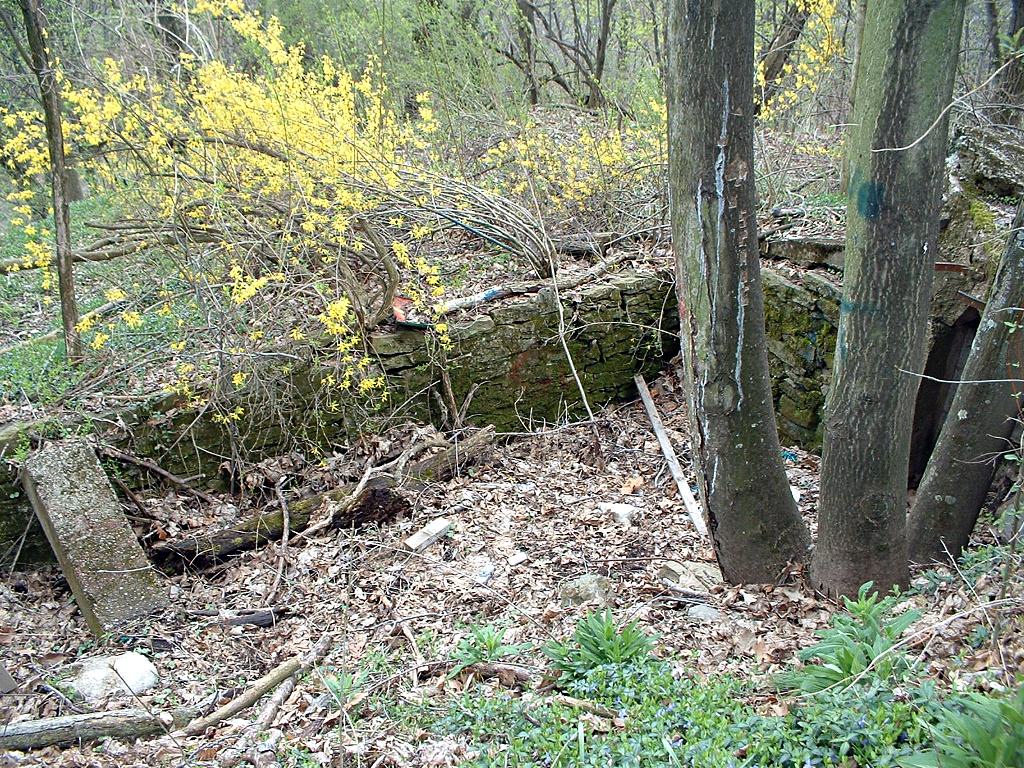 Mysteries abound in a city when it’s had two and a half centuries to accumulate them. This old foundation in West End Park  has obviously been here for a while. How old is it? The land for the park was bought in 1875; was this a little farmhouse from before that time? Father Pitt would be happy to hear from anyone who knows more about the history of this structure. 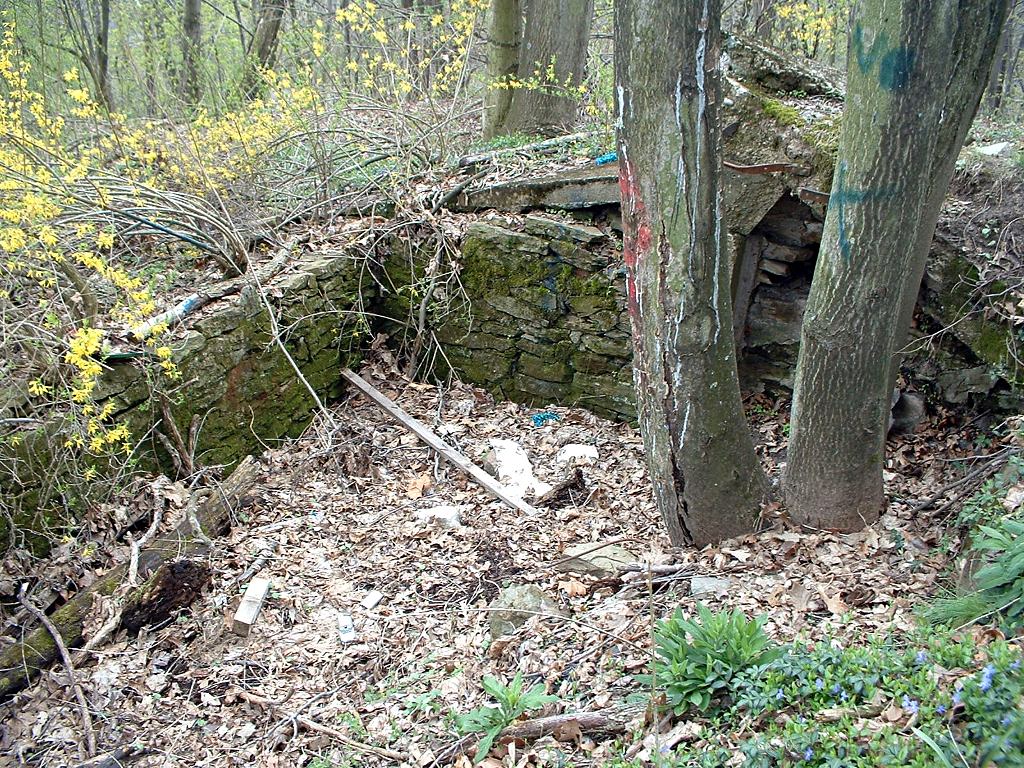