Father Pitt never needs an excuse to offer yet another picture of Old St. Luke’s, one of our most picturesque country churches. The current building dates from 1852, but the congregation goes back to colonial times, and was the epicenter of the Whiskey Rebellion.

Under layers of later accretions is a Revolution-era house that belonged to the Neville family. When General Neville, an old Washington crony, was appointed collector of the Washington administration’s very unpopular whiskey tax in 1794, the Whiskey Rebellion broke out: rioters burned Bower Hill, General Neville’s home, and he fled for his life to this house, which belonged to his son.

This was a southern gentleman’s house: the Nevilles were from Virginia, and settled here in Yohogania County when Virginia claimed this part of the world. They kept slaves in the 1700s; Pennsylvania abolished slavery in stages.

The house has been lovingly restored and is now a museum open Sunday afternoons. Inside, among many treasures, is an original 1815 Clementi pianoforte, bought for the house in 2006. 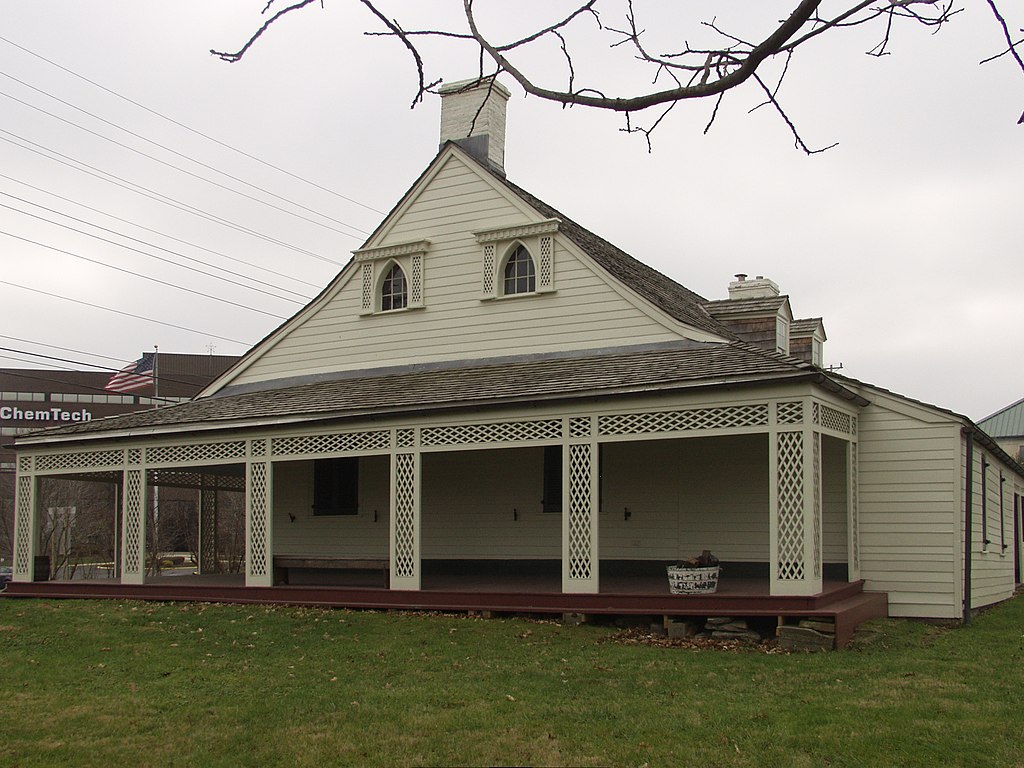 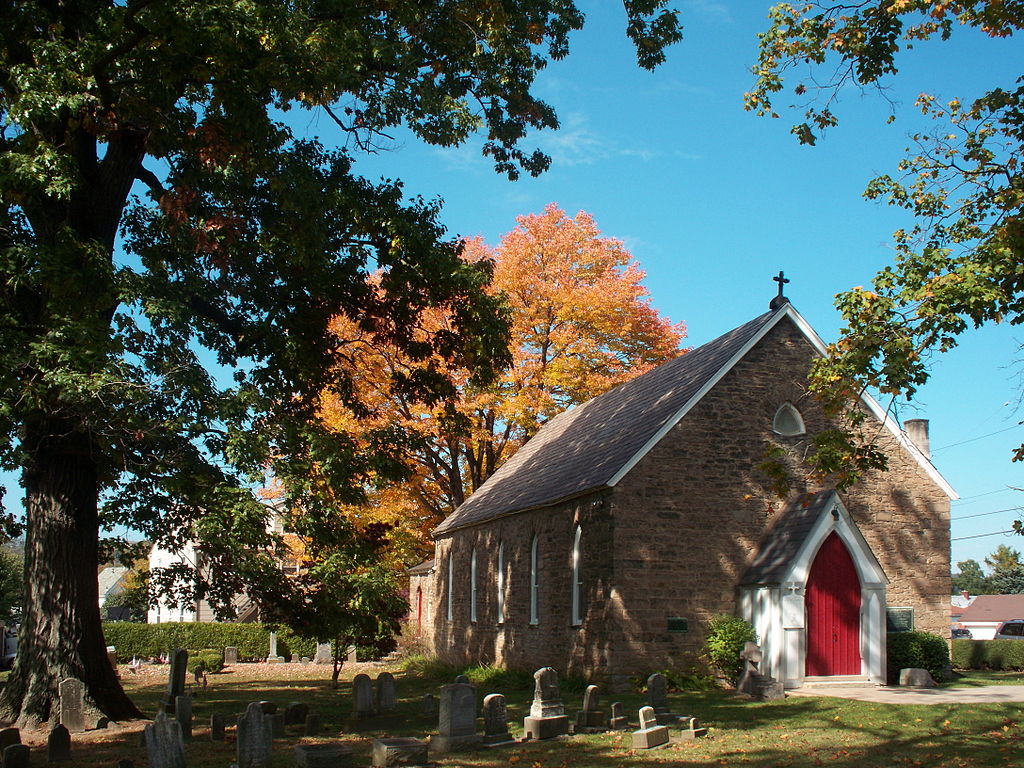 This colonial-era congregation in what is now Scott Township found itself at the center of the Whiskey Rebellion, which began when General John Neville, a church member and an old pal of President Washington’s, was appointed tax collector. The current stone building was put up in 1852, but the congregation was founded in 1765. 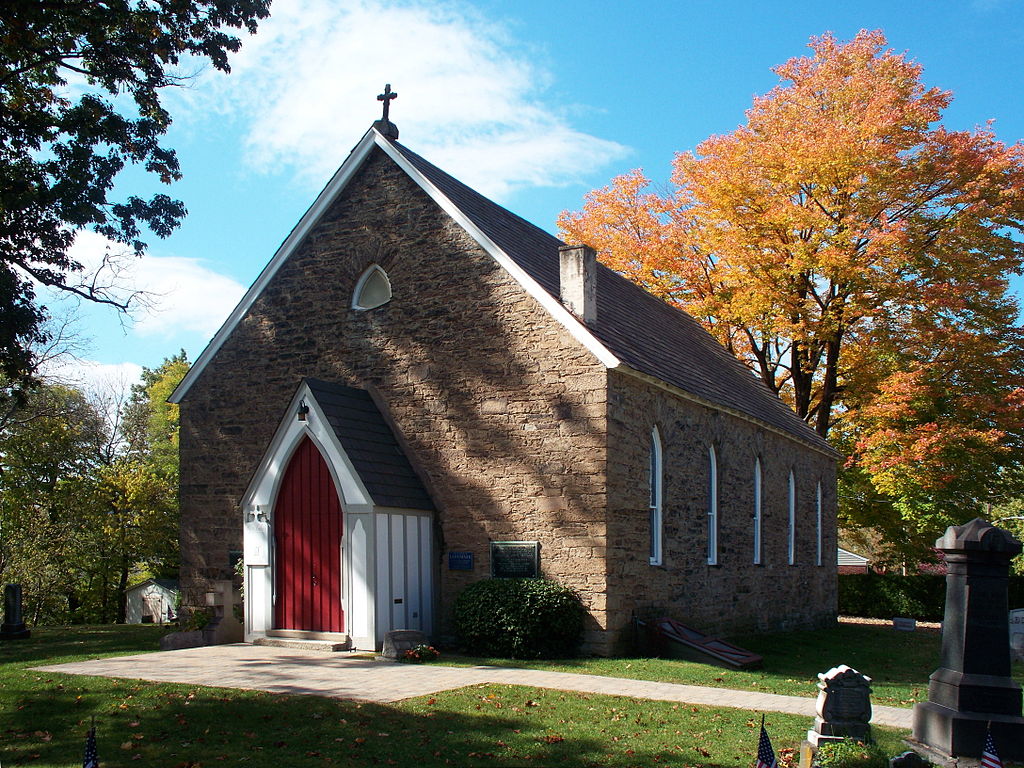 Old St. Luke’s Church in the little village of Woodville (an unincorporated part of Scott Township) was founded in 1765. It was stuck in the middle of the Whiskey Rebellion, which divided the congregation, one of whose members was General John Neville, a tax collector who barely escaped with his life. (Woodville Plantation, the house to which he escaped, is still standing nearby.)

The current building dates from 1852. In the burying ground surrounding the little stone church are some very old graves, including some Revolutionary War veterans and “the first white child born in the Chartiers Valley.” The oldest stones were native shale, which is a very poor material for gravestones; but some of the obliterated inscriptions have been duplicated in plaques beside the stones. 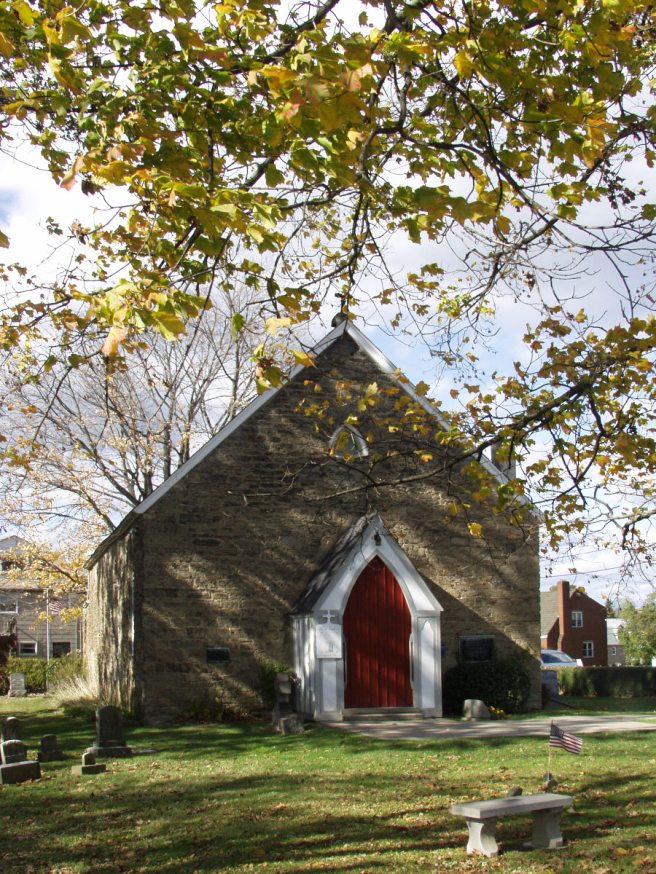 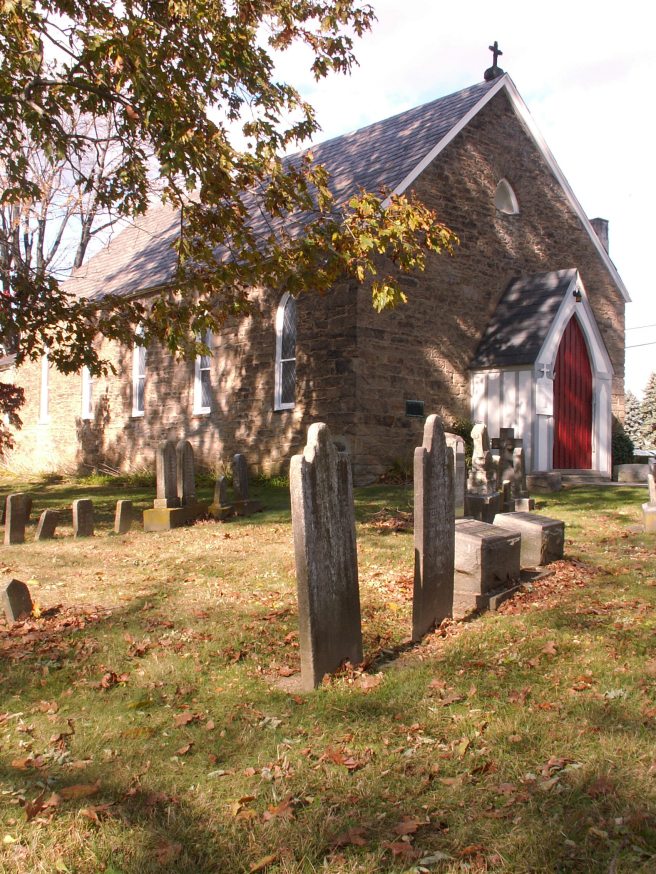 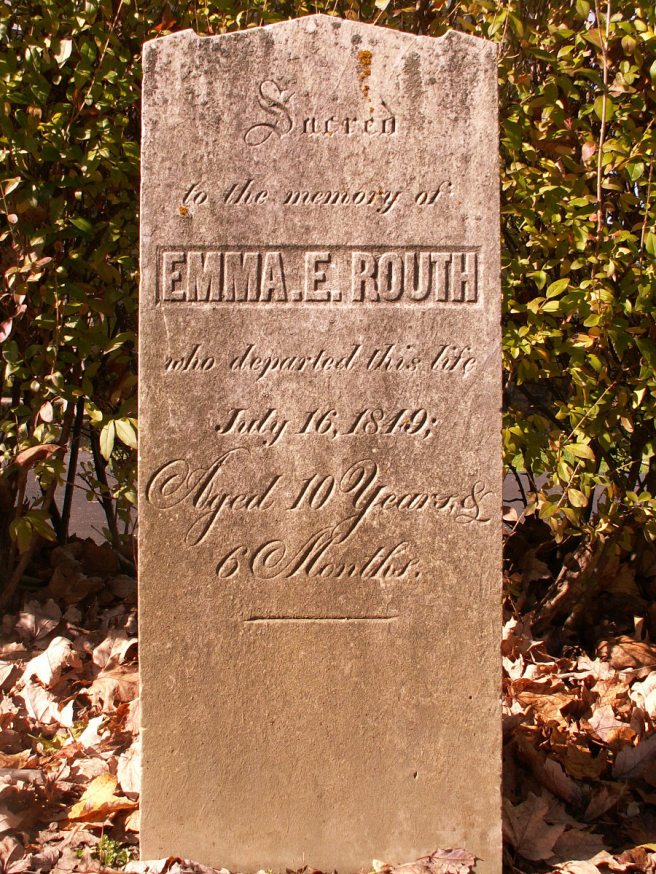 This 1849 tombstone in Old St. Luke’s churchyard, Woodville, is the work of an unusually talented stonecutter. The calligraphic styles of middle-nineteenth-century penmanship have been imitated precisely in the stone.