This splendid palace, officially the Westinghouse Air Brake Company General Office Building, presides benevolently over the pleasant company town of Wilmerding. The architect of the main part was Frederick Osterling, one of the great names in Pittsburgh architecture; the section at the left end was added later.

As a kind commenter notes, this is a bit of a white elephant for the little borough: it needs restoration work, but its out-of-the-way location makes it hard to sell. For a while it was operated as a museum of things Westinghouse, but the small nonprofit group that owned it could not afford the major renovations necessary to keep it open. One plan that has been fermenting for some time is to turn it into a boutique hotel. 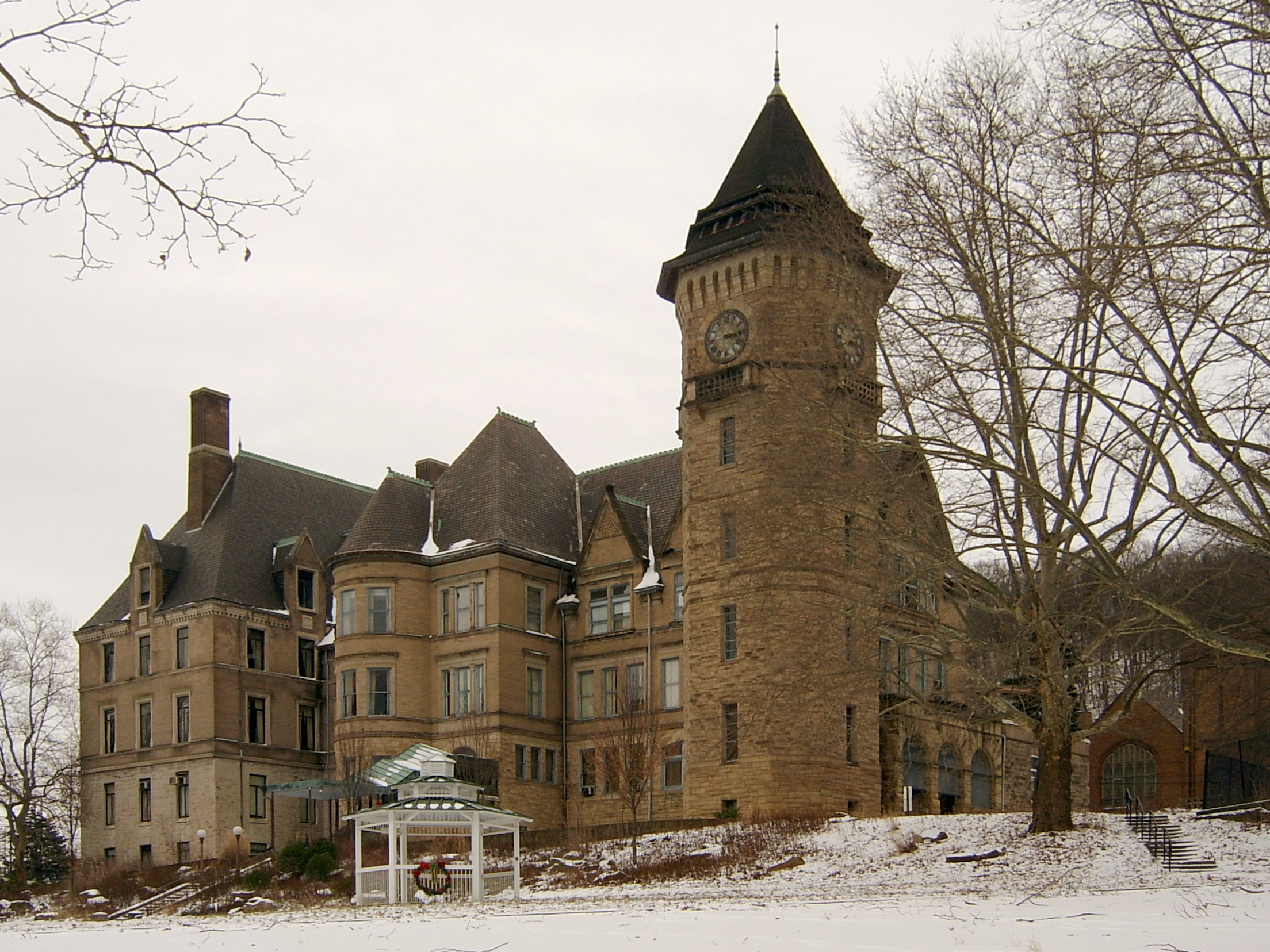 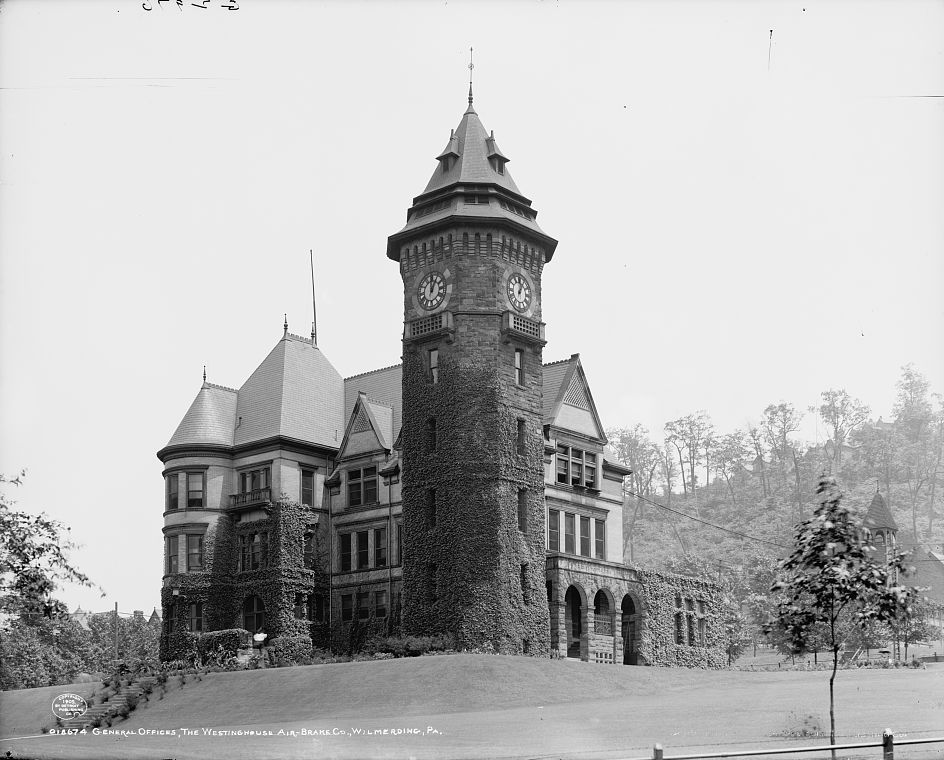 This is the building as it looked in about 1905, before the addition.

This Art Deco school occupies a prime location right on the town square—or town quarter-circle—in Wilmerding. After Wilmerding joined other municipalities to send its children to East Allegheny High School, this became an elementary school; then it was abandoned and sold. Old Pa Pitt hopes the new owners understand that they possess one of western Pennsylvania’s better Art Deco buildings, one that deserves careful preservation.