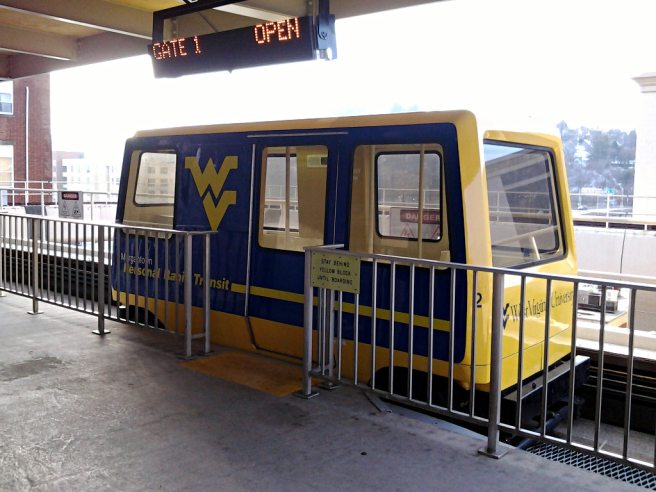 Just an hour and a half south of Pittsburgh is the city of Morgantown, just inside West Virginia. It’s the home of an enormous university whose two campuses, and the constant shuffling back and forth of thirty thousand students between them, created big-city gridlock problems until the unique PRT (for “Personal Rapid Transit”) began service in the middle 1970s.

PRT cars are about the size of a minivan. Each one has eight seats; there is no driver, because the system is entirely automatic. At the turnstile, you pay your 50¢ and push a button for your destination. A car rolls up shortly after that. You get in, and it goes straight where you want to go, with no intermediate stops.

This little movie will give you some idea of what a ride on the PRT is like. There is no sound; you may wish to hum a jaunty newsreel march to yourself as you watch. The movie is explicitly released into the public domain, so if you want to make a music video out of it, go right ahead.