The congregation began as a house meeting in 1793 and was officially founded in 1812. The current church, which replaced an earlier log church, was built in 1843 and restored after a fire in 1944. Families of early settlers are buried in the churchyard. 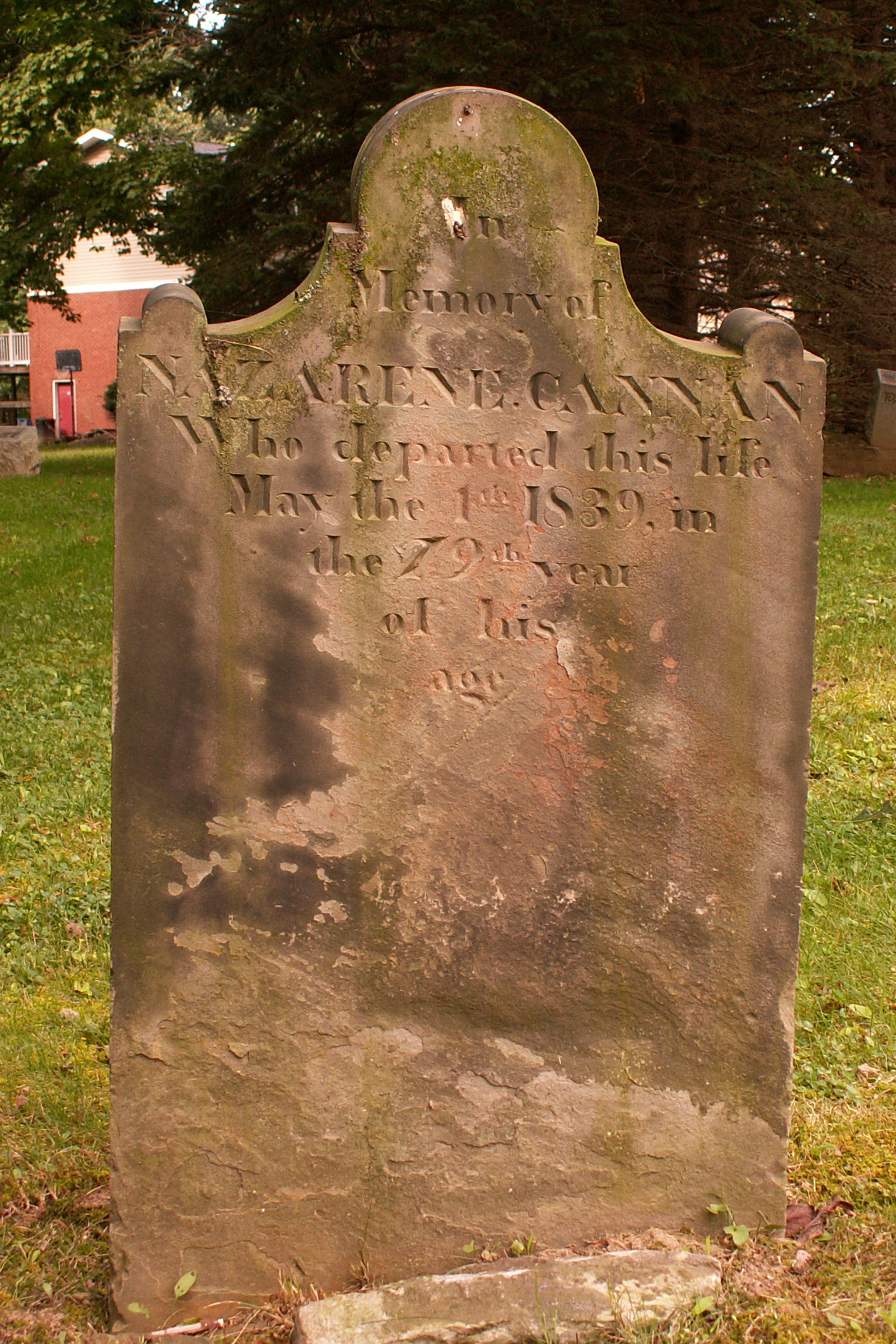 Father Pitt has never run across “Nazarene” as a male given name before. The stonecutter made some very elegant letters, but “May the 1th” was as wrong in 1839 as it is today.

These pictures are made available under the Creative Commons CC0 1.0 Universal Public Domain Dedication, so no permission is needed to use them for any purpose whatsoever.