Aspinwall is a charming little town of brick streets and substantial dwellings crammed into the narrow flat space on the north shore of the Allegheny River. All these houses are on Eastern Avenue, which has quite a collection of Victorian and Edwardian houses. 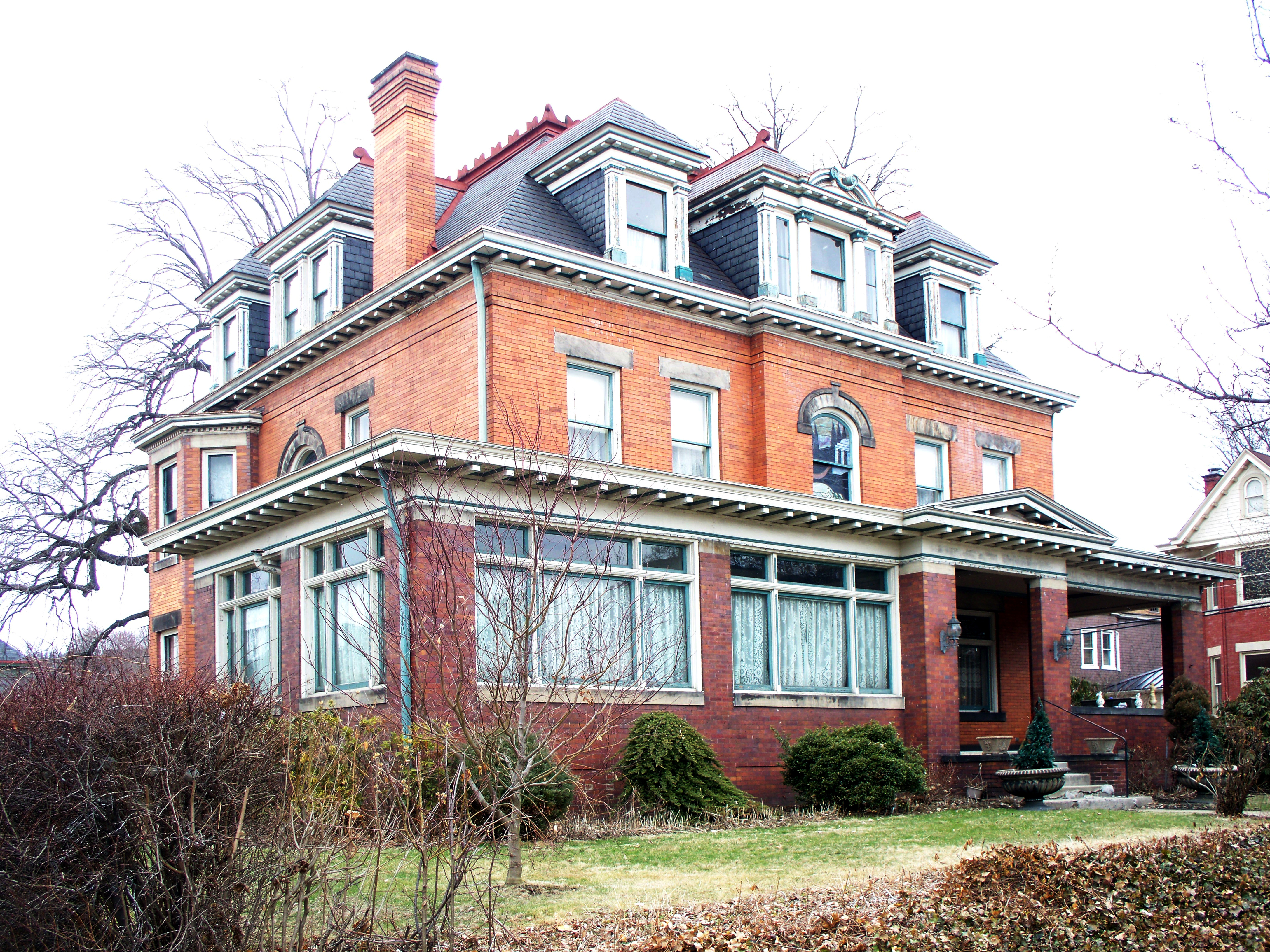 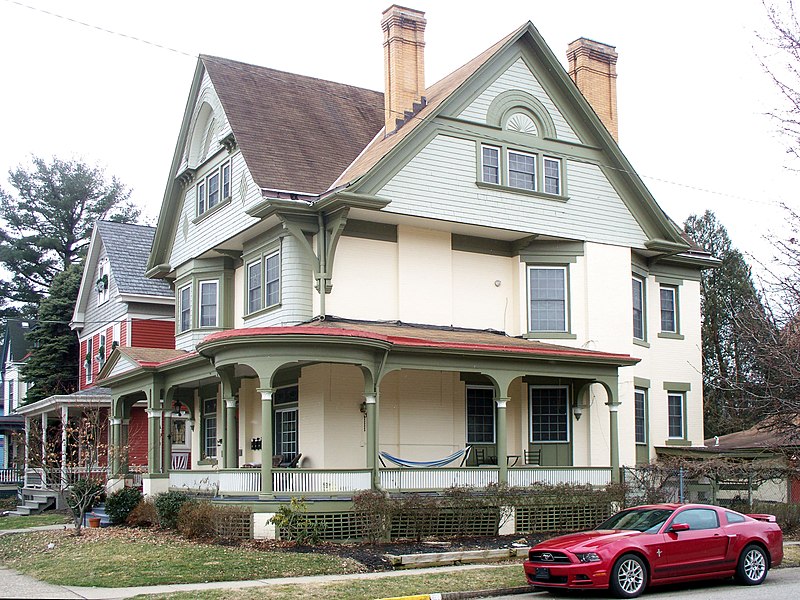 Frederick Sauer was a very reliable church architect responsible for many of Pittsburgh’s better Catholic churches, including St. Mary of the Mount. Nothing about his churches would stamp him as an eccentric; he gave his clients exactly the respectable buildings they wanted. But he had a streak of whimsy in him. He bought a large tract of land on the hill over Aspinwall and designed a very conventional and respectable house for himself. Then he started to play in the back yard. Beginning with his chicken coop, for example, he added fairy-tale projections and curious details, building up and out until he had made an apartment building, the Heidelberg Apartments (above). He did much of the building with his own hands, eventually creating half a dozen or so curious structures back in the woods behind his house. They now form the Sauer Buildings Historic District—one of those curious Pittsburgh treasures probably known less to Pittsburghers than to the rest of the world, where they are often mentioned as one of the most interesting flights of architectural eccentricity in America.