Here are two pictures especially for trolley geeks. These 4200-series Siemens cars (this one is number 4232) were bought in the 1980s and completely rebuilt in the 2000s. They make up about two-thirds of the fleet. They are very similar to the later CAF cars, but easily distinguished by the two headlights in the center (rather than at the sides) and the “cyclops eye” high beam mounted on the roof. Of course, they are also easily distinguished by being numbered in the 4200 series; the CAF cars make up the 4300 series. This car is southbound on the Red Line, heading for central Beechview.

The picture above gives us a good look at what old Pa Pitt calls the “Pittsburgh door,” the extra street-level doors that have to be added to all Pittsburgh trolleys to deal with our odd combination of platform-level stations and street-level stops. 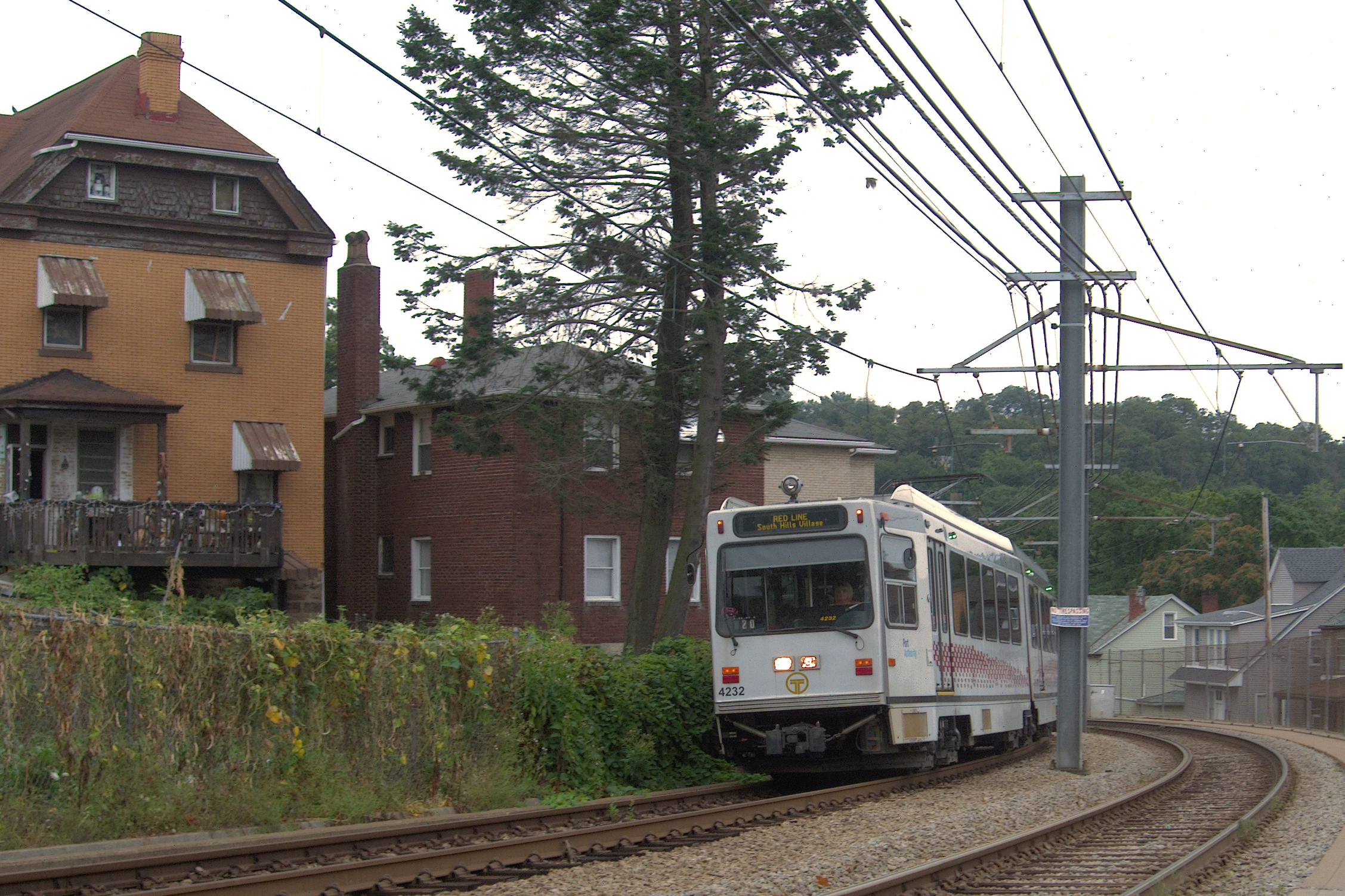