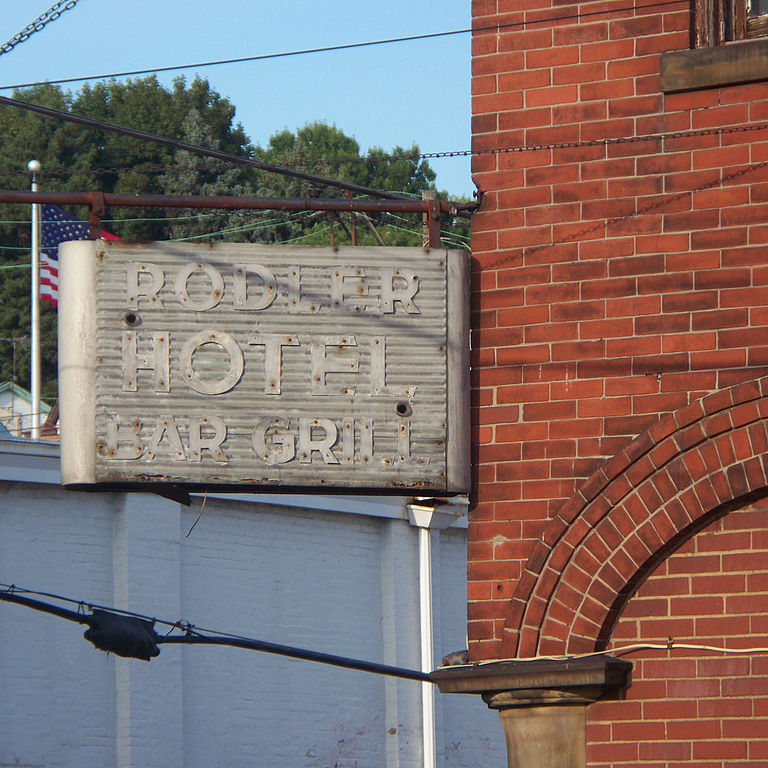 Pittsburghers who remember the days of steel doubtless remember when every working-class neighborhood had its own collection of small hotels like this. Outsiders wondered why working-class Pittsburgh was so devoted to the hospitality industry, but the explanation—according to former hotel owners—was very simple. A certain quirk in Pennsylvania’s notoriously quirky liquor laws made it very hard to get a liquor license for a bar, but very easy to get one for a “hotel.” Thus anyone who aspired to the exalted station of neighborhood-bar owner might smooth his way considerably by purchasing a building with a few dusty upstairs rooms that could, in theory, be rented to travelers if any ever showed up. Meanwhile, the real business of the neighborhood bar went on just as if the “hotel” part of the building had never existed.