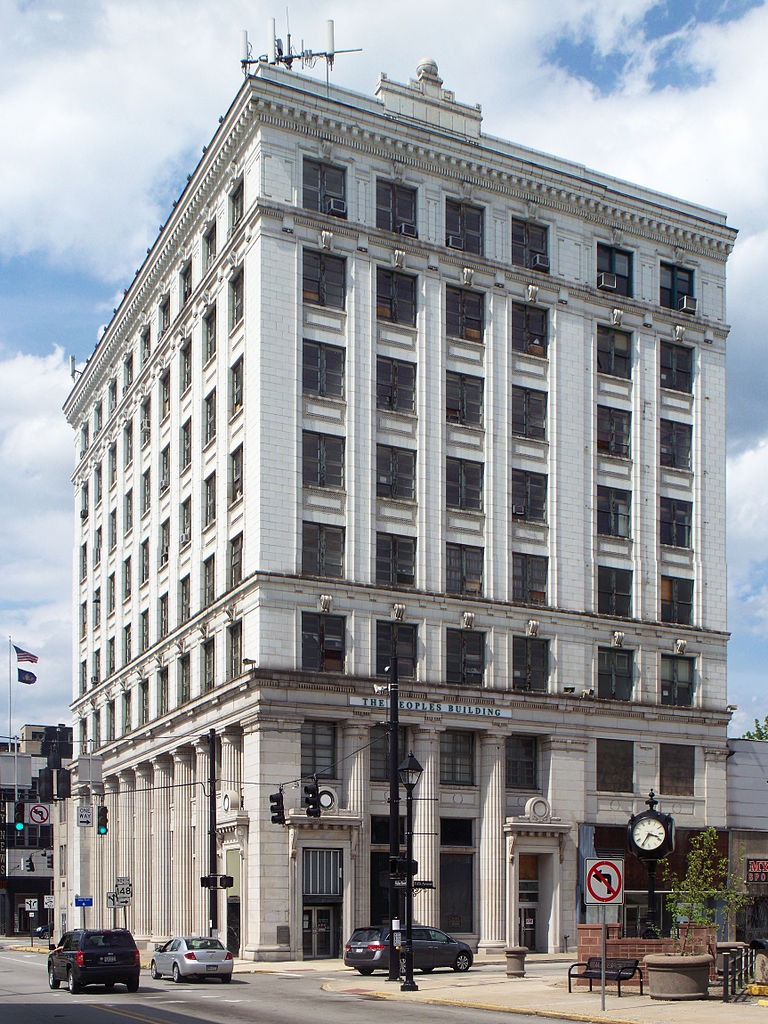 McKeesport! What magic there is in that name!

Well, not really. But Father Pitt has a deep love for McKeesport, once a great city in its own right, and the center of the Mon Valley metropolitan area—a metropolis that, in spite of its proximity to Pittsburgh, has very distinct traditions, and even its own recognizable accent. (The accent is fast disappearing, replaced in the younger generations by a generic Picksburgh accent. Where is a Commission on Minority Languages when you need one?) No city in the Pittsburgh area has fallen further than McKeesport; downtown is nearly abandoned, and acres of vacant lots where there used to be houses and businesses surround the core. But it has what the real-estate people call “potential.”

This building is the most recognizable feature of the McKeesport skyline. You could probably buy it right now for less than the cost of a suburban house. It needs some work; but it is structurally sound, with a new roof. And you would have a perfect miniature skyscraper—only eight floors, but complete with base, shaft, cap, and even “bosses’ floor” (the third floor, outlined to show its importance on the social scale, as it was on all proper Beaux Arts skyscrapers). It’s a timeless landmark, ready for another century of service. What a way to give your clever little tech startup a dignified appearance in the world!

0 responses to “The Peoples Building, McKeesport”