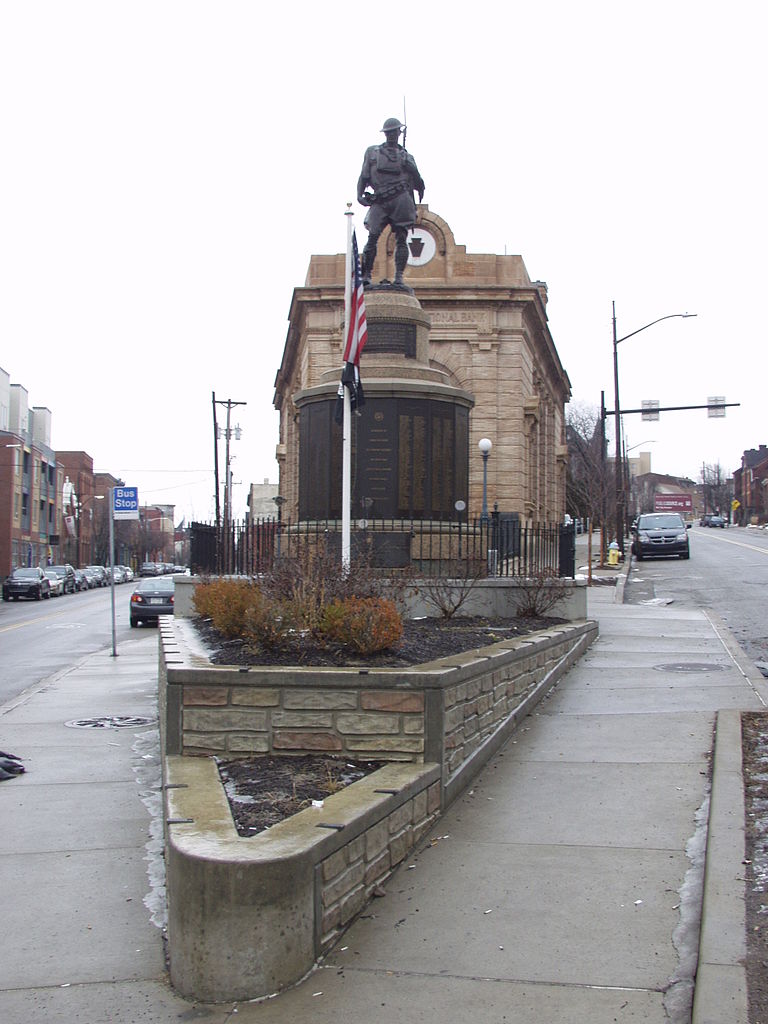 Doughboy Square (named, of course, for the splendid statue of a World War I soldier) has always had the potential to be an impressive space, the gateway to Lawrenceville. But it suffered decades of neglect; in fact, it never really recovered from the Great Depression. Now, at last, the triangle (no, of course it isn’t really a square; this is Pittsburgh) is seeing a revival, with old buildings refurbished and new and architecturally sympathetic buildings put up, joining the newly trendy Lower Lawrenceville district. A good bit of the credit for the revival goes to the Desmone architectural firm, which saw the potential in the long-abandoned Pennsylvania National Bank building and restored it while the rest of Doughboy Square was mostly vacant.