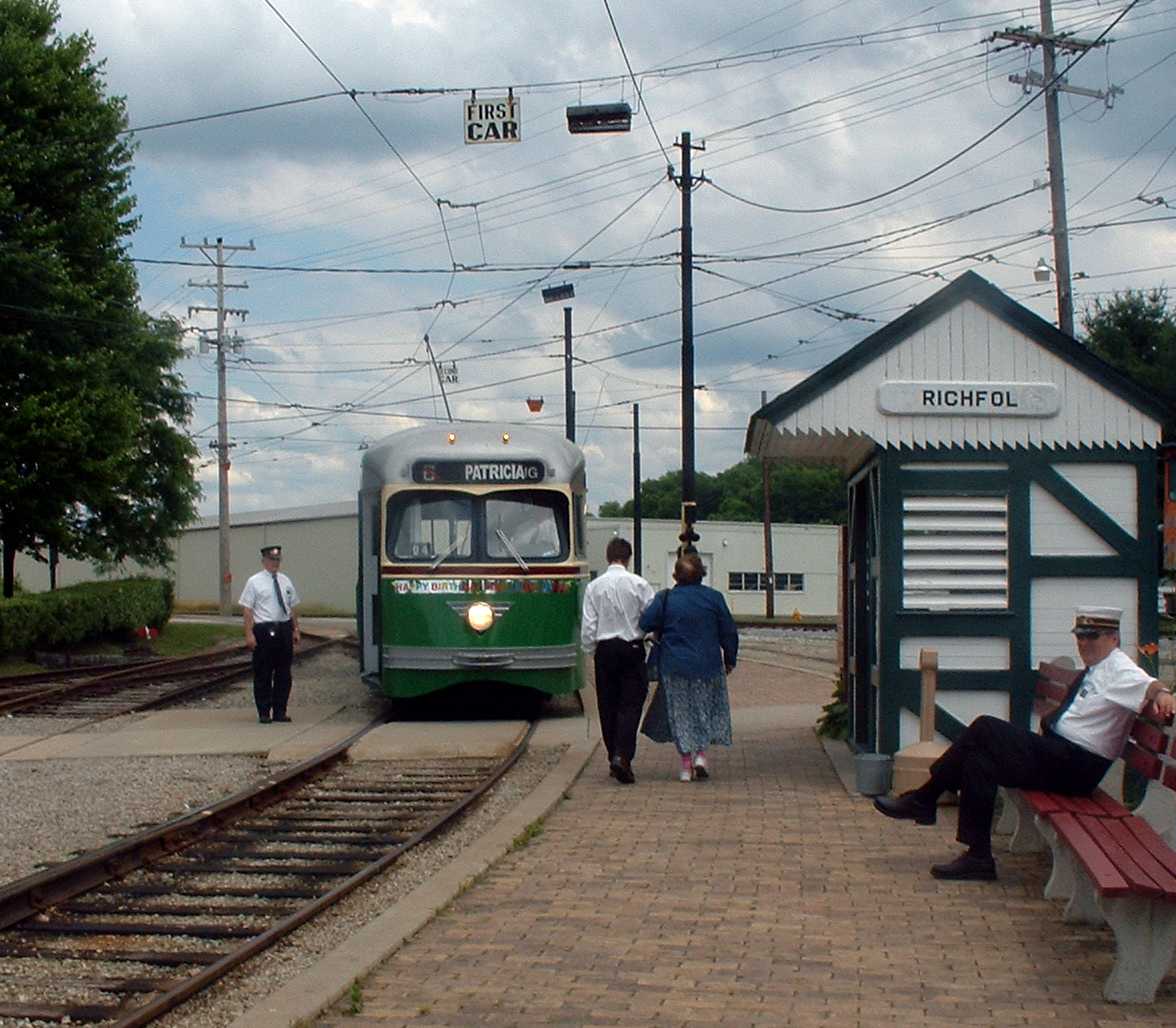 From Father Pitt’s archives, a picture taken before his Web site existed. This is a Philadelphia PCC car, decorated for a birthday party, waiting for passengers at the Pennsylvania Trolley Museum.

The museum has a large collection of trolleys from all over North America, but the most of the ones from outside Pennsylvania must be modified to run on the museum’s track, which is Pennsylvania Broad Gauge. Both Pittsburgh and Philadelphia still use a non-standard gauge, because in the nineteenth century the Pennsylvania legislature, fearing that streetcar companies might do back-door deals with the railroads that would end with huge locomotives running down the middle of the street, made it illegal for streetcar companies to use standard-gauge track. (It seems that Philadelphia trolleys actually use a gauge a quarter-inch narrower than the Pittsburgh gauge, and Father Pitt has no idea how much modification they require to run on the ever-so-slightly broader gauge.)